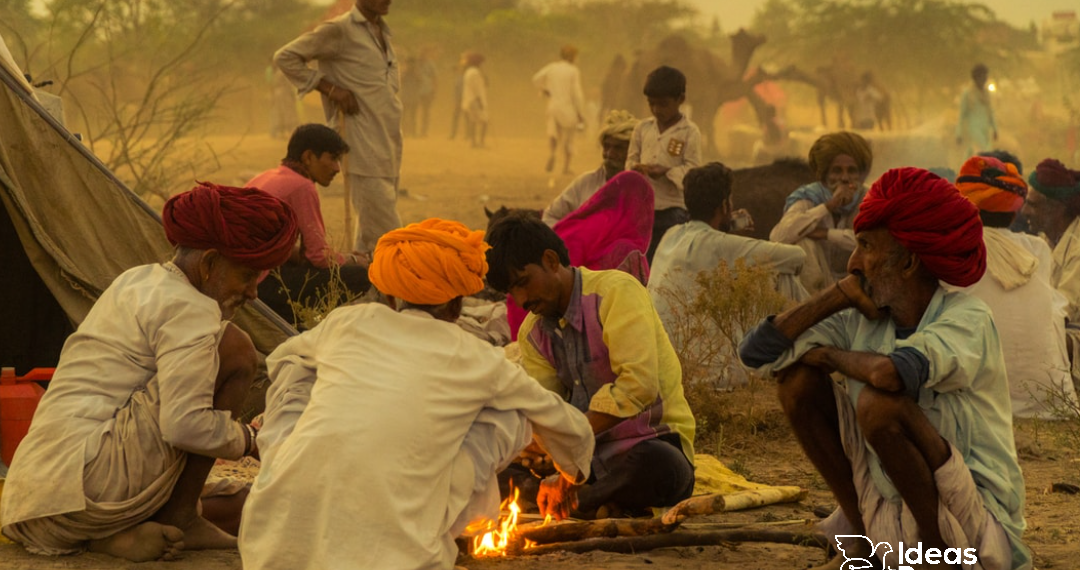 Analysis of the Right to Self-Determination

The right to self-determination is an inalienable group right for all people to decide their political status, economic development, and social and cultural values. This right is enshrined in the United Nations Charter Article 1(2), Article 1(1) of the International Covenant on Civil and Political Rights, and Article 1(1) of the International Convention on Economic, Social and Cultural Rights.

General comment 12 on Article 1 of the ICCPR says, “The right of self-determination is of particular importance because its realization is an essential condition for the effective guarantee and observance of individual human rights and for the promotion and strengthening of those rights.” (para. 1). This statement is rooted in the significance of the right to self-determination being placed within Article 1 of all three of the aforementioned charter, covenant, and convention.

In “Political and Related Rights”, John P. Humphrey writes, “The proposition (to begin by using a perfectly neutral word) that every people should freely determine its own political status and freely pursue its economic, social and cultural development has long been one of which poets have sung and for which patriots have been ready to lay down their lives.” (1984). This is no understatement as the history of the world is riddled with bloodshed and songs born out of such a pursuit.

This foundational principle makes its historic debut on the world stage in the American and French Revolutions in the late 1700s. The paradigm shifts in how subjects relate to their government, “the demise of the notion that individuals and peoples, as subjects of the King, were objects to be transferred, alienated, ceded, or protected in accordance with the whims of the monarch.”(Cassese, 1995).

From the revolutionary period up through World War I, the principle represented the claim that a governments power is vested in the people and must therefore be representative of its people, as US President Lincoln would later say in 1863, “…and that government of the people, by the people, for the people, shall not perish…” (Lincoln, 1863).

After World War 1 the principle was further implemented by world leaders but hollowed out and undermined by its use in drawing national borders in post-war Europe. In the Balkans, South Slavic people were lumped together regardless of a half-millennium of ethnic tensions. Lawrence writes, “While ostensibly the right to self-determination was a formal manifestation of the right of nations to self-government, little concern was given to the desires of the people themselves; the primary motivation was strategic value.” (Lawrence, 2012).

This strategic value is a soft way of saying that in 1919 a people’s right to self-determination found its boundaries in the reluctant will of imperial powers to apply these same ideals to their conquered colonies. France and Great Britain found it difficult to apply these same freedoms to those living under their colonial rule.

A fundamental shift takes place in the development of the right to self-determination when, in 1945, the United Nations Charter codifies self-determination as a principle of international law. The caveat being self-determination was essentially interchangeable with decolonization as the UN shifted its focus to liberating colonized people in the General Assembly’s 1960 Declaration on the Granting of Independence to Colonial Countries and Peoples.

In 1970 the Declaration on Principles of International Law Concerning Friendly Relations and Cooperation Among States in Accordance with the UN Charter made a pivotal shift in international thought on the right to self-determination as it relates to peoples within a non-colonial state. This declared that the right to territorial integrity of a state should not be considered legal if the state is not representative of the whole people.

Principle 5 states, nothing shall authorize the dismemberment of a State “…conducting themselves in compliance with the principle of equal rights and self-determination of peoples as described above and thus possessed of a government representing the whole people belonging to the territory without distinction as to race, creed or colour.” (1970).

30 years later the Vienna Declaration of 1993 makes a reaffirmation of the inalienable right to self-determination of all peoples and that States must be representative of the whole people belonging to the territory without distinction. Effectively by the 1990s the scope of self-determination was universally accepted to be broad enough to include repressed and unrepresented peoples within a State. Consequently, the concept of a people changed instep to include ethnic, linguistic, or cultural community (UNESCO, 1989).

In 1998 the Canadian Supreme Court increased the plausible outcomes of a people’s pursuit of self-determination and crystalized the distinction between external and internal self-determination. The question before the Supreme Court was whether international law recognized the unilateral secession of Quebec from Canada after an affirmative referendum vote.

The Québécois, a French-speaking majority in eastern Canada sought self-determination. In many ways, the Québécois meet the ambiguous definition of a people. Quebec has a territorial connection (an eastern province with borders, linguistic unity (French-speaking while the rest of the country speaks English), and cultural homogeneity (distinct from that of the rest of Canada). The Québécois are a large group of people who had the will to be identified as a people (by referendum vote), even institutions preserving Quebec culture exist (Smith, 2014).

Instead, the real question is whether or not the Québécois have been denied meaningful access to government to pursue their political, economic, cultural, and social development. To this, the Supreme Court of Canada ruled, “In the circumstances, the National Assembly, the legislature or the government of Quebec do not enjoy a right at international law to effect the secession of Quebec from Canada unilaterally.” (1998, para. 154.)

Dissimilarly the International Court of Justice addresses the international legality of Kosovo’s unilateral succession. In 2008 the Assembly of Kosovo approved a declaration of Independence. The unilateral declaration was brought before the International Court of Justice where an advisory opinion was released in 2010. Because the southern Slavs were united by the victors of World War I, they were not colonized and did not fit neatly within the paradigm of colonized peoples seeking self-determination.

In contrast to the Canadian Supreme Court’s ruling on the Quebec Referendum, in para. 80 of the Kosovo advisory opinion, the ICJ writes, “This resolution (GA resolution 2625, XXV) then enumerated various obligations incumbent upon States to refrain from violating the territorial integrity of other sovereign States.

The Kosovo Advisory Opinion clearly muddied the waters of an already turbulent and contentious topic. The United States and others recognized Kosovo as a sovereign state. Condoleezza Rice, US Secretary of State, insisted in 2008 that Kosovo constituted a sui generis because of unique nature of the collapse of the former Yugoslavia (2008, The Guardian). Time will tell as to the future of the Kosovo Advisory Opinion. Will other courts site its jurisprudence or will the legal unilateral succession of Kosovo stand as a sui generis?

Self Determination and Indigenous Applications

Articles 3 and 4 of the United Nations Declaration on the Rights of Indigenous Peoples (UNDRIP) provide that indigenous people have the right to self-determination (art. 3) and autonomy (art. 4) but article 46 stipulates, “Nothing in this Declaration may be interpreted as implying for any State, people, group or person any right to engage in any activity or to perform any act contrary to the Charter of the United Nations or construed as authorizing or encouraging any action which would dismember or impair, totally or in part, the territorial integrity or political unity of sovereign and independent States. ” (Art. 46, UNDRIP).

The inclusion of article 46 stems from a non-action resolution on the declaration, “on behalf of the African Union, in part on the ground that ‘the vast majority of the peoples of Africa are indigenous to the African Continent’, and that ‘self-determination only applies to nations trying to free themselves from the yoke of colonialism.’”(Engle, 2011).

In part, the paradoxical implications of the word, indigenous, when set in the context of post-colonial States makes it difficult to create internationally recognized treaties that acutely address the needs of indigenous peoples around the world in their vastly different political histories and contexts. This factor leaves room to conclude that the world may never see the right to self-determination as jus cogens because derogation is permitted when set in the context of indigenous peoples’ right to external self-determination.

The Quebec Referendum ruling further developed the principle by clarifying internal self-determination must be completely exhausted before external self-determination may be realized. Later the Kosovo Advisory Opinion of 2010 made the opposite conclusion while relying on the same jurisprudence, this made the future of legal unilateral secession ambiguous, muddying the water.

Robert Lansing, President Woodrow Wilson’s Secretary of State, declared his fears for the world in response to the President embrace of the principle of self-determination, “The more I think about the President’s declaration as to the right of “self-determination,” the more convinced I am of the danger of . . . such ideas . . .  The phrase is simply loaded with dynamite. It will raise hopes which can never be realized. It will, I fear, cost thousands of lives . . . What a calamity that the phrase was ever uttered! What misery it will cause!” (Lansing, 1921).

With certainty, we can say that Lansing was right. What a misery it has caused. But all this is in hope that generations from now all humans will decide their political status, economic development, and social and cultural values regardless of their sex, race, religion, gender, ethnicity, or sexual orientation. The right to self-determination has shaped the world in countless ways and it will continue to do so for as long as humanity lives. The principle of self-determination cannot be forgotten and will not be hidden.

Engle, K. (2011). On fragile architecture: The un declaration on the rights of indigenous peoples in the context of human rights. Oxford University Press.

Guardian News and Media. (2008, March 17). After Kosovo, the deluge. The Guardian. https://www.theguardian.com/commentisfree/2008/mar/17/afterkosovothedeluge.

UNESCO. (1990). Final Report and Recommendations. International Meeting of Experts on further study of the concept of the rights of peoples. Unesco, Paris, 27-30 November 1989.

UN General Assembly, Declaration on Principles of International Law concerning Friendly Relations and Cooperation among States in accordance with the Charter of the United Nations, 24 October 1970

UN General Assembly, Declaration on Principles of International Law concerning Friendly Relations and Cooperation among States in accordance with the Charter of the United Nations, 24 October 1970,

United Nations, Vienna Convention on the Law of Treaties, 23 May 1969,

Tyler Troyer is a United States citizen studying International Law and Diplomacy through the University for Peace. He lives in Desamparados, Costa Rica. Tyler works for Students International, a small NGO focused on holistic community development in Latin America. Tyler is passionate about human rights, global peace, and multilateralism.