Originally Published at Peace and Conflict Monitor on: 07/04/2012

A few weeks ago, I heard a friend describe a girl as a ‘natural beauty’. I was really curious about what he meant, so I asked him. He said that he meant it to describe a girl who still looks beautiful even without putting make up. He also added that he prefers ‘that type of beauty’ compared to a more ‘make-up oriented beauty’. ‘Make-up oriented beauty’ is his own words. I think it is self-explanatory, but just to make it clear: he meant it to describe girls who become beautiful because of their make-ups and clothes. Their beauty, therefore, is not just fake, but also false, based on a clever manipulation of colors and shapes.

The phrase ‘natural beauty’ intrigued me. My friend did make some interesting observations and comments. Most of his views are condescending towards women (not to mention underestimating them), therefore it is hard for me to agree. Yet I was intrigued mainly because I think beauty should have deeper meaning than what he described. He (and I think he is not alone) views beauty as something that can exist naturally and can be objectively recognized, appreciated and, therefore, valued by people. This is the real and true beauty. Opposing that is the fake and false beauty, one that aspires to be beautiful by using all sorts of aids and tools (make-up is one, fashion is the other), but when stripped from all those, it becomes non-beautiful. 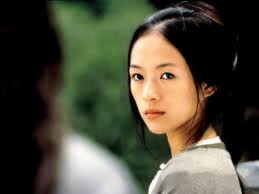 My problem with such view is especially with its core idea on ‘true’ or ‘real’ beauty. Is it true that beauty can be objectively recognized, appreciated and valued? Is beauty actually a natural thing at all?

I remember reading an article written by a Moroccan feminist, whose name I can’t recall, on the topic of beauty. She describes a visit by a French friend to Morocco and she had to accompanied this friend. As they went around the town, she asked her friend which Moroccan girl he finds attractive. Her friend then pointed to several girls they encountered along the way. She was really surprised because her friend apparently pointed to girls that Moroccans don’t normally find as attractive.

There are several ways to see how beauty is connected to politics. But first we need to understand that politics can be understood broadly, not just in terms of state politics. Politics can also be understood as part of daily relations between people. As people interact, each one tries to influence the behavior, attitude and actions of others. The act of influencing other people can also be broadly considered as politics. Some people call it as the politics of daily life. In this view, politics exist in all human relations and cannot be separated from any type of social interaction.

In such understanding of politics, beauty can be used as tool of influence. It is normally considered as fact that the more beautiful a person is, the more easier for him/her to persuade other people to follow his/her wishes. Most people are easier to be persuaded by somebody whom they consider attractive. Another way to look at this is the more a person thinks him/herself as attractive, the more confident he/she in influencing or persuading other people. Beauty, in this regard, is a political tool.

The connection doesn’t stop there. The meaning of beauty itself is an arena for political contestation between different and opposing groups who try to impose their values (or in this context, who try to impose their definition of beauty) to the larger society. There are competing views in the society on what constitute beauty. However, despite the contestations and opposing views on how to define beauty, there will always be a mainstream understanding of beauty in a society. Interestingly, the group (or groups) who holds political control of a society is usually the one who holds the power to define beauty. To see this, one only has to go to the center of power and see the people there. Chances are people we encounter there are people that that society consider as beautiful.

Take for example my experience a few weeks ago when I had to go to Sudirman. For those of you who don’t know, Sudirman is the name of a street in the center of Jakarta with a lot of skyscrapers and tall buildings. Many of the top businesses establish their offices there. Sudirman is also close to major political centers. The presidential palace is just a few kilometers away. So is the parliamentary building. Not to mention the ministerial offices and foreign embassies. So one may say that Sudirman, and its surrounding areas, is part of Indonesia’s center of power.

I went there by bus from my home in a suburb outside Jakarta. As people entered and exited the bus, I suddenly became aware of one very interesting thing. I noticed that the level of attractiveness of people was changing slowly. In Indonesia, you are considered to be more attractive if you have fairer skin or taller body, and I noticed that the proportion of people with these characteristics increased substantially as we were nearing Sudirman.

I admit I didn’t do a careful measurement, so I can’t really say that this is a scientific observation. Yet I really believe this observation is correct: that people in Sudirman, the center of Jakarta, tend to look more attractive and better looking (in terms of the features I have described above) than people from outside that area.

Why is that? I think the most logical explanation is because it is the center of power (business and economic power, to be precise), and a center of power has the capability to select and choose people to have access to it, to be included as part of the center, as workers mostly, but possibly also as spouses, lovers, business owners, and other roles. This process of selection is political in nature, because power is involved. One side is doing the selecting because they have the power to do it, and the other side tries to get selected so they can gain more power (economic, social, cultural or political) simply by getting closer to the center of power. The people I saw were there because they managed to pass this selection process, and because they were selected by people in power society put the label ‘beautiful’ to them. 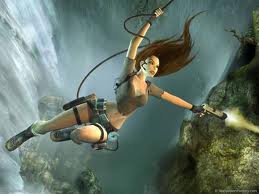 One important note is that the concept of beauty that is being imposed by the current elites is a continuation of the concept of beauty that was imposed by the previous elites. In other words, it is not something just newly created today, but has been shared, transferred and taught by many succeeding generations. It experienced its own changes, for example, I read somewhere that people from 2 or 3 centuries ago considered women with big buttocks as beautiful, a view that modern Indonesians don’t share. These changes and continuation are possible because its definition is always contested, as I have mentioned before. One thing for sure, though, that it is the dominant group who gets to define what should be considered as beautiful.

Returning to the phrase my friend used, ‘natural beauty’, I just think that the term simply doesn’t exist, or to be precise it doesn’t apply to human being. Beauty is actually a political and cultural concept, and therefore man-made, or at least its understanding and definition is always political and cultural, never objective and neutral. Beauty can never be natural. It is a site of political contestation, and it is also tool used to subjugate women by putting them into criteria-based categories. By categorizing women, by creating an ‘ideal’ category (which is beautiful women), the society is urging (pressuring?) women to strive for the ideal, robbing them of their independence and critical thinking. Perhaps.

But maybe I am thinking too much. After all, as I was browsing through Internet looking for pictures of beautiful women to be put on this page (see the pictures above), I found myself repeatedly awed by them. What’s the point of having this kind of awareness if I cannot really escape from it myself?

Dipo Djungdjungan Summa is an Indonesian scholar currently based in the Philippines where he is working with the International Organization for Migration (IOM).