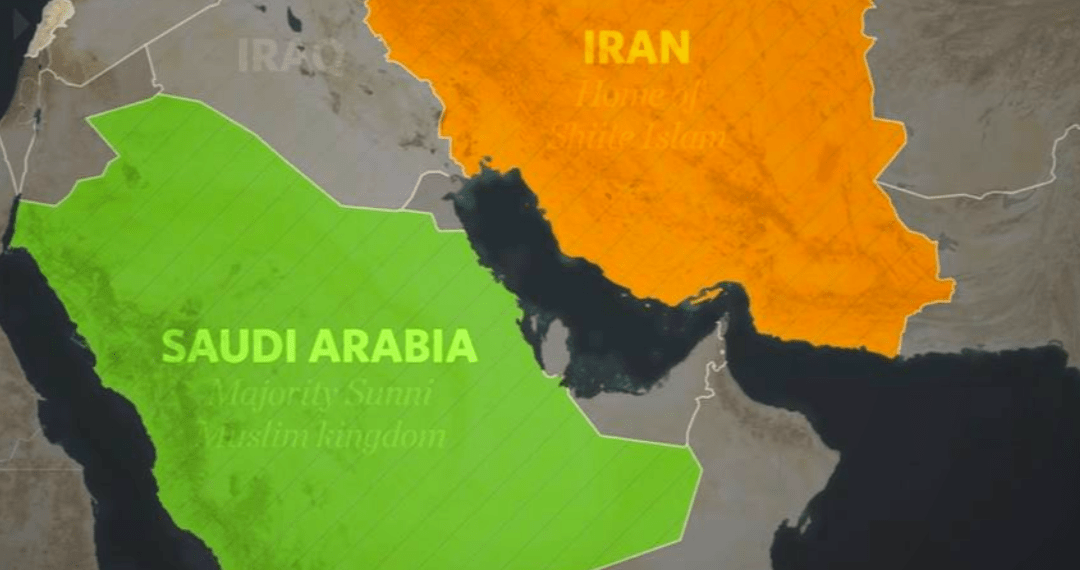 At the heart of the Persian Gulf or more popularly referred to as the Middle Eastern region, lies the two major hegemonic powers, i.e. The Islamic Republic of Iran (IRI) and the Kingdom of Saudia Arabia (KSA). While it is understood that powerful hegemonic powers are likely to have ideological, cultural, and militaristic conflict, the nature of the conflict between the two powerhouse Islamic nations has been propelled to newer heights and has been a subject to increased media scrutiny since the 2003 United States of America led invasion of Iraq, with Saudia-Arabia backing the move, while Iran demanding the coalition be held accountable for their illegal, unilateral interventionist action which they contended violated principles of International Law (Fathollah-Nejad, 2017).

In the current scenario, after both the nation-states facing increased domestic pressure due to the activities of each other, the religious hardliners advocating for a more conservative society based on extreme Islamic principles and the activists calling for democratic reforms, as a result of the Jasmine Revolution, or the Arab Spring in 2011, both countries have advocated for a sense of hard-line nationalism.

The two middle-eastern hegemonies are in the midst of Shi’a-Sunni sectarian conflict, both the nations have funded proxy wars all across the Middle Eastern region in countries such a Syria, Yemen, Bahrain, etc., engaged in a so-called oil race, stocked up each of their weaponry and arsenal, and cozied up to respective global powers (Fathollah-Nejad, 2017).

This research article will attempt to give a historical background and perspectives of both nation-states involved in the conflict; furthermore, the researcher will attempt to analyze the religious conflict between the two states, and their roles in conflict around the Persian Gulf, and finally, try to establish whether the conflict between the two hegemonic Islamic powerhouses amounts to a cold war.

The Background to the Saudia Arabia-Iran Conflict

In contemporary times, the Saudia Arabian state has tried to adopt a relatively renewed, rethought, and sometimes a more modern version of Islam. However, despite such pragmatism, the sects of the Sunni Muslims – the Hanabli, the Wahhabi, and Madhkali still consider their allegiance lined with Saudia Arabia due to their role in establishing a Sunni Muslim majority state.

The Islamic Republic of Iran, after the Iranian revolution, views itself as the leader of the vanguard Islamist movement, claiming themselves as the conservative leader of Islam, or as they put it, the – “real Islam” and claim them as a counter to the over-secular, modernist Islam that they claim Saudia Arabia represents. This is best represented when they seized and consolidated power after the Iranian Revolution with the help of the ultraconservative Islamist para-military forces and then created a state based on cleric-military class, at the head of which was the Office of the Supreme Leader or the Ayatollah.

Role of Sectarianism in the Conflict

Believers in of the Shiism sect of Islam believe that Ali, the cousin and son-in-law of Prophet Muhammad is the rightful heir as the leader of the Islamic Religion, after the Prophet passed away in 632 BC, and thus after Ali was assassinated in 631 BC, his followers upheld that only his family descendants can become Imams or guides, i.e. religious teachers who had authority over the religion of Islam. Shiism follows a strictly hierarchical organization consisting of the imams, mullahs, and at the head is the Ayatollah, who is supposed to be an intermediary between Allah and his subjects.

Till this date, only his descendants can be chosen as an imam. As it currently stands, only about 15% of the Muslim Population are followers of the Shiism sect of Islam, and they are majorly settled in Iran, Iraq, Turkey, etc.

Sunni Muslims accept the claim and succession of the caliphs as leaders of the religion and work towards the unity of the Muslim community. The Sunni followers argue that the caliphs are the rightful successors to be the leaders of the Islamic religion as they are the most ardent followers of sunnah or religious traditions and practices established by Muhammad. Unlike Shiism, Sunni Muslims don’t have an established hierarchy and hence anyone who has the religious will and knowledge can become imams or mullahs and thus lead the religion.

However, it is important to understand that Shi’a and Sunni were not enemies or rivals since their inception, in fact, the two are followers of Allah and the Quran, and they both used to live in cohesion during the times of the Ottoman empires, and before the 1979 Iranian Revolution, there was amicable relation between the two sects.

However, since the Iranian revolution, the Ayatollah has severely criticized and questioned the authority of the Saudia Arabia’s ruling family in terms of being leaders of the Islamic religion, and questioned their authority in being custodians of Medina and Mecca, the two greatest holy places of the Islamic religion; such criticism primarily comes after, due to negligence of security staff, there was a stampede in Mecca wherein thousands of Iranian civilians were killed.

Saudia Arabia, on the other hand, views Iran as a reckless, hostile government hell-bent on spreading its version of Islam onto the other countries in the region, and throughout the globe. Ayatollah Khomeini, as one of his major policies, wanted his revolution to be an export of the newly formed, Islamic Republic of Iran; much to the discomfort of the Saudi royal family (McGinn, 2018).

Does the conflict between Iran and Saudia Arabia amount to cold war?

One of the more general ways to define a cold war is a great deal of suspicion, hostility, and aggression between states without direct conflict.

Since 1979, both these hegemonic countries have been subjects of many conflicts but never had a direct conflict. Neither Saudi Arabia nor Iran has the power to truly marginalize or defeat the other, but though each country faces political and economic difficulties, they are sufficiently well-equipped to perpetuate this rivalry through diplomatic, economic, and even military means. The future of the Middle East is held hostage to this persistent conflict.

The feature of any cold war is:

As was seen recently, both Saudia Arabia and Iran have established a significant presence in the Syrian conflict, with the former supporting the rebel faction, and the Iranian Bloc funding and arming Bashar-Al-Assad and the so-called recognized government of the Syrian Arab Republic.

Another source of conflict was recognized with the Qatar-Blockade, with the Iranian bloc of countries backing the Qatari government, and the Saudia led-coalition of UAE, Egypt calling for an increased blockade presence towards the Qatari Government (Jenkins, 2018).

Perhaps the most recognized proxy conflict between the two countries is seen in the ongoing Yemen Conflict, wherein (while this is an oversimplification) the Houthi Rebels have been supported by the Iranian Government; and the Government of Yemen finds support and arms from the Saudia Arabian Kingdom (Jenkins, 2018).

Upon analysis of the conflict between these two Islamic nation-states, it is noted that the conflict sufficiently meets all the relevant criteria (Jenkins, 2018).

There is a severe ideological difference, that is seen through the various sectarian differences, wherein Iran deems Saudia Arabia incompetent to be the custodian of the two important symbols of the Islamic religion, and views it to be an overly secular society which is unduly aligned with Western forces. Saudia Arabia on the other hand views the Iranian government to be reckless and unduly hostile towards Sunni Muslims (Jenkins, 2018).

The two countries are supported by differing global powers; with the Saudia Arabia lining up with the United States of America, and the North Atlantic Treaty Organisation, while Iran lines up with the Russian Federation, and at times the People’s Republic of China (McGinn, 2018).

A feeling of mistrust is evident from Saudia Arabia’s skepticism of Iran’s current nuclear program. Iran is skeptical of Saudia Arabia’s lining with the western bloc of nations. Thus, it can be safely concluded that the conflict going on between the two nation-states can be categorized as a cold war.

Arkadeep Pal is a 3rd year student of law, hailing from India. Specializing in International Law, with a minor in Public Policy and International Relations, Arkadeep is an avid public speaker, and debater, interested in anything related to Politics or Global Affairs. Having adjudged Model UN conferences across the country, and even internationally, he wishes to pursue a career in International Relations, and academia. He can be reached through his email at arka.pal99@gmail.com or his Linkedin account.