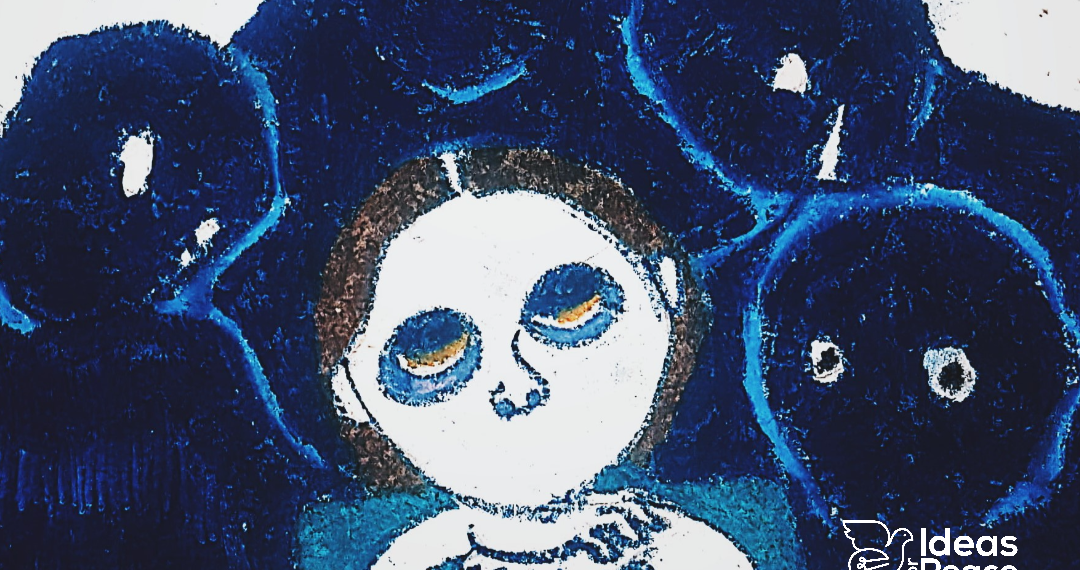 “I don’t even know whether he is still alive or not”: Enforced disappearances in Indonesia

“Until today, I still keep my son’s National Identity Card and his name on the Family Card. So how can I forget him? How can the government forget him?“

I visited his house in early 2019 to collect audiovisual materials for one of AII’s campaigns regarding past abuses. We discussed various issues: from his son’s childhood to his wife’s deteriorating health condition, from his family’s demands to the State’s role in holding the perpetrators accountable (or lack thereof). As I recall, during the talk about the State’s role, he came up with the statement I cited in the opening paragraph.

However, despite its moral support to the ICED, many cases of enforced disappearance in Indonesia are still left unresolved.

For instance, according to the National Commission on Human Rights (Komnas HAM), more than 32,000 people disappeared during the 1965-1966 massacre (Komnas HAM, 2016). Additionally, according to the Commission for the Disappeared and Victim of Violence (KontraS), around 18,600 people disappeared during Indonesia’s occupation in East Timor between 1975-1999 (KontraS, 2020). The figure will significantly increase if we take into account disappearance cases from protracted conflicts in Aceh and Papua, mysterious shootings (Petrus) 1982-1985, Talangsari tragedy 1989, and the disappearance of pro-democracy activists in 1997-1998, among other cases.

One of the reasons for Indonesia’s failure to establish an effective accountability mechanism for enforced disappearance cases is the State’s disinclination to be a party to the ICED.

Supposed Indonesia is a State Party to the ICED. The first implication of being a ratifying State is that Indonesia will be legally bound to articles enshrined under ICED. Subsequently, Indonesia must follow up its international commitment by adopting ICED into its domestic law. Adopting an international treaty could manifest in producing a new rule or repealing or significantly amending existing rules and regulations contrary to the international treaty in question.

There are several key Articles under ICED that can guide Indonesia in resolving enforced disappearance cases. First, Article 3 of the ICED urges States to conduct investigations and bring those responsible to justice. Article 3 needs to be implemented in conjunction with Article 4 that obliges States to “ensure that enforced disappearance constitutes an offence under its criminal law (OHCHR, n.d.).”

Second, Article 24(2) encourages States to find out the disappeared fate. Article 24(3) further defines States’ obligations in this regard, which include efforts to search, locate, and release the disappeared. If the disappeared were found dead, the remains must be discovered, respected, and returned to their dependents. As I write this paragraph, I remember that during our discussion, the victim’s father muttered, “My son’s whereabouts are still a mystery. I don’t even know whether he is still alive or not.”

Thirdly, Article 24(4) requires States to ensure that the victims, survivors, and those affected by the crimes have the right to receive reparation and compensation. The forms of reparation and compensation are defined under Article 24(5), such as restoring the situation to the way it was before the atrocities occurred, provide medical and psychological care as well as legal and social services, public apology, and promoting mechanisms for preventing similar crimes from happening again.

The second implication of becoming a State Party to ICED is that Indonesia allows the wider international community to hold itself accountable for the committed wrongful acts, vice versa. For example, Article 9 of the ICED allows the establishment of extraterritorial jurisdiction, meaning that a State may prosecute offenders within its territory even if the offenders in question are not its nationals. Furthermore, Article 26 stipulates the establishment of the Committee on Enforced Disappearances that has the capacity to oversee the implementation of ICED, receive and follow up reports from victims, survivors, or witnesses, launch investigations, and require offending States to take corrective measures.

The third implication is that Indonesia must acknowledge that enforced disappearances are crimes against humanity, as Article 6 of the ICED warrants. The impact of such an acknowledgment is that those responsible for committing enforced disappearances can be tried by the International Criminal Court (ICC) under two conditions. First, victims and survivors have attempted to prosecute the offenders through the domestic judicial system, yet the process failed or was ingenuine (Kreß, 2009). Shreds of evidence have shown the absence of goodwill from Indonesia’s judicial bodies to address enforced disappearance cases. For instance, Komnas HAM’s investigation report on the 1997-1998 enforced disappearances was constantly denied by the Attorney General Office (AGO) without due explanation, which, in turn, hinders the prosecution process. However, despite AGO’s unreasonable reluctance to proceed with the prosecution process, ICC can only exercise its jurisdiction over its Member States.

Henceforth, the second condition is that Indonesia must ratify the Rome Statute and become a Member State of the ICC; a call that the victims and survivors have demanded for years but has never been recognized by those in power.

As I was preparing to leave his house, he asked me a question, “I’ve done tons of interviews and attended countless meetings and rallies. What difference would this campaign make?” I was startled.

In AII, my supervisors taught me at least two things: celebrate small wins and amplify the voices of the marginalized. This piece, hopefully, represents the latter.

This piece calls for the State, both the legislature and the government, to be a party to the ICED and the ICC. By doing so, not only that we can see the likes of Prabowo Subianto, Indonesia’s current Minister of Defense, who, according to Komnas HAM’s report, was responsible for the abduction and involuntary disappearance of pro-democracy activists in 1997-1998, to be held accountable, but, more importantly, to give a sense of closure and justice for the victims and survivors.

This piece calls upon Indonesia to listen and fulfill the victims’ and survivors’ demands: establish the truth, bring the perpetrators to justice, locate the disappeared, and bring the disappeared home to their loved ones.

OHCHR. (n.d.). International Convention for the Protection of All Persons from Enforced Disappearance. Retrieved on August 20, 2021, from https://www.ohchr.org/EN/HRBodies/CED/Pages/ConventionCED.aspx

Aldo Kaligis is an Asian Peacebuilder Scholarship (APS) awardee from Indonesia who is currently taking dual Master’s degrees in International Law and Human Rights, University for Peace, and Transdisciplinary Social Development, Ateneo de Manila University. Aldo was a former staff of Amnesty International Indonesia and is presently a pro bono consultant for the Commission for the Disappeared and Victim of Violence (KontraS). Aldo specializes in transitional justice and civil and political rights, particularly freedom of expression, freedom of conscience and belief, unlawful killings, excessive use of force, arbitrary detention, and enforced disappearance. In his spare time, Aldo likes to play basketball and taking pictures.