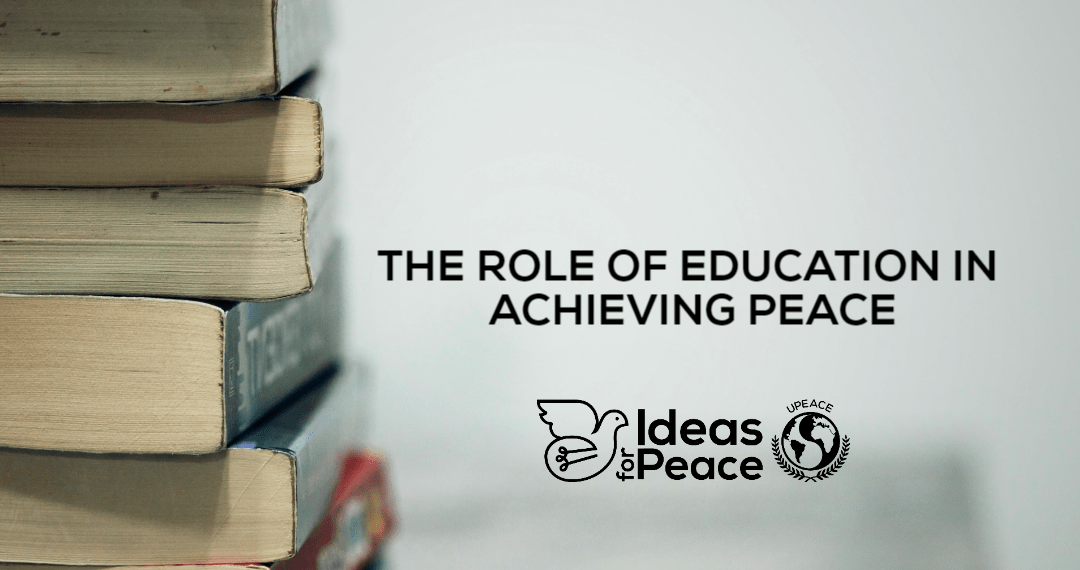 Ideas for Peace Series – The Role of Education in Achieving Peace

These publications present ideas from distinguished academics and scholars and discuss novel ideas in their area of expertise. On this occasion, the Ideas for Peace No. 16 presents “The Role of Education in Achieving Peace” by Ouided Bouchamaoui

In this publication, Ouided Bouchamaoui discusses the human rights aspect of education and emphasizes the impacts that tragedies caused by under-development, poverty, exclusion, unemployment, ignorance, social tensions, conflicts, wars and terrorism have for the exercise of the right. She concludes that despite all the difficulties education, learning, teaching are the most powerful tools to promote peace

Ouided Bouchamaoui holds a DESS (Master’s Degree) in International Business from Institut Superieur de Gestion of Tunis (ISG Business School) and a DESS in International Trade Law from the Faculty of Juridical and Political Sciences of Tunis. Since May 2011, Mrs. Guided Bouchamaoui has presided the Tunisian Confederation of Industry, Trade and Handicrafts (UTICA), becoming the first woman elected to this position. In 2013, Mrs. Guided Bouchamaoui was elected “Best Business Woman of the Arab World”. In 2015, she received the Peace Nobel for the creation of “The Tunisian National Dialogue Quartet”, Tunisian President, Mr. Beji Caid Essebsi awarded her the title of Grand Officer of the Order of the Republic – First Class – and His Majesty the King Carl XVI Gustaf of Sweden decorated Mrs. Bouchamaoui of the Royal Order of the Polar Star. Since 2018 she is UPEACE Council Member

We would also like to invite you to read other articles published under the Ideas for Peace Series: