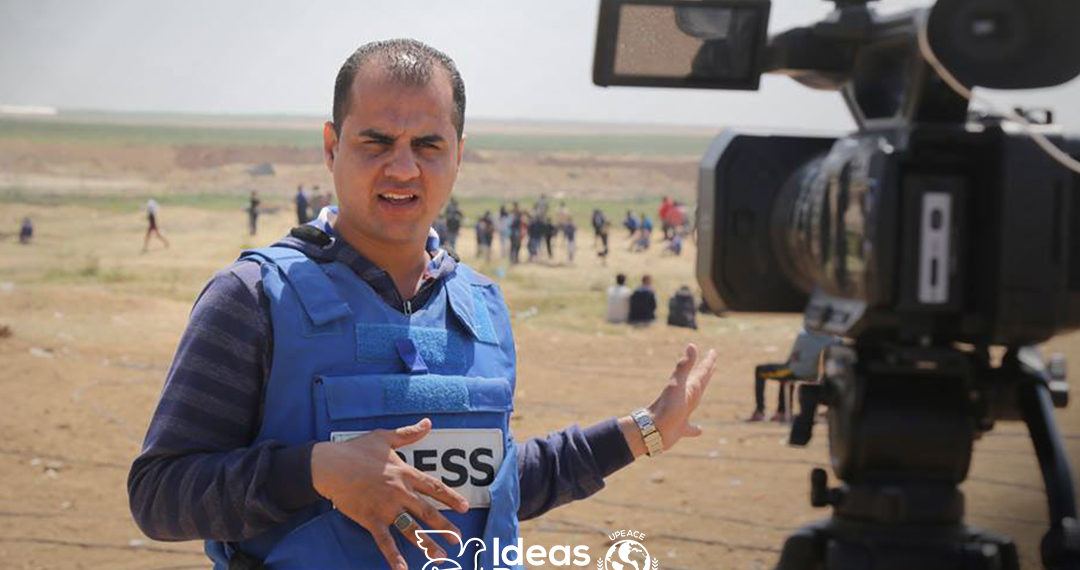 Thrall et al. (2014) argue that the central problem of global communication is the fact that audiences’ attention is scarce and limited. In the public sphere, such a problem has implied a constant zero-sum race for attention, fueled by the neoliberal model that currently rules the global media system (McChesney, 1999). In consequence, the system of international journalism has become a highly competitive industry where news agencies, advertisers, and the civil society compete and interact, and where both audiences and stories are understood as tradeable goods (Williams, 2011).

In this context, a format to determine the newsworthiness of a story emerged with the understanding that certain stories become more appealing to public attention when they comply with particular characteristics. Johan Galtung’s (1965) list of the dominant ‘news principles’ include, among others: elitism, relevance, continuity, proximity, unambiguity, and conflict. The adherence to such values has also influenced other actors of the global civil society who seek to catch public attention. Such is the case of Non-governmental Organizations (NGOs), which have tailored their media strategies to comply with the mainstream media’s interests in terms of negativity and spectacle.

In the same order of ideas, a template for human rights reporting and for international aid request was unofficially established. Relying on dramatic discourses, shocking images of human suffering, and simplistic explanations of complex issues, the format’s initial success is explored by Jones’ observations (2019) about ‘The unknown famine’ documentary which, 7 years after its filming, inspired the famous Live Aid fundraiser-concerts for Ethiopia. Today, despite the critics and slight changes in the frames, such stencil continues dominating journalists’ human rights coverage and various NGOs’ campaigns.

But while the message journalists and NGOs send through their human rights coverage hasn’t changed much in the past decades, other basic elements of the communication process have. The new information technologies have allowed for a growing number of senders and receivers, and, most importantly, a constant exposure to information. These elements, paired with the overuse of human suffering narratives, has provoked a disturbing phenomenon that demands a change in the old template for human rights reporting and for international aid requests: widespread compassion fatigue. The compassion fatigue issue consists of a gradual lessening of a persons’ compassion over time and, besides the detrimental effects on the individual level, its widespread version implies the reduction of public interest and empathy for human unrest usually portrayed by news outlets and NGOs. Furthermore, this phenomenon has initiated a dangerous spiral in which stories need to be increasingly dramatic to inspire coverage and receive momentary attention from the masses.

Falling victims of their own practices, NGOs face an important challenge to make their different causes worthy of attention and support, while journalists have to figure out how to best cover human rights-related stories to catch more readers. In this article, I argue that in the race for getting audience attention during an era of compassion fatigue, cooperation between journalists and NGOs is not only beneficial for both parties but it also contributes to peacebuilding efforts by increasing the quantity of human rights content reporting, facilitating aid granting for NGOs, and by enabling change in the mainstream media’s violence-oriented journalistic model.

Cooperation between NGOs and journalists seems feasible since the two have previously collaborated and since their relation seems to be mutually beneficial from the pragmatic point of view. NGOs already engage with the press by maintaining dynamic relations with sympathetic journalists and editors to whom they have provided ‘feel-good’ stories and conducted information-gathering and analysis in return for editorial interests in their causes and media exposure (Waisbord, 2011). The fact that both of them are constantly searching for the public’s attention, but they target different market audiences prevents them from becoming enemies and allows the emergence of cooperative relations that enable greater efficiency in their respective work.

Both journalists and NGOs face challenges that they could overcome with the other’s support. First, news agencies and journalists encounter certain obstacles in their coverage of foreign and human rights-related news. Some of them are the high costs of foreign correspondents, limited access to information, language/cultural differences, logistical/burocracy difficulties, and physical danger. Since NGOs already work with phenomena and in places where they are the main source of news to the outside world, journalists could use an alliance with the organizations to get exclusive stories without having to invest valuable scarce resources. This means, in short, an advantage for the cooperating journalist/news agency which is able to catch the audience’s attention with exclusive content, at a faster pace and at a lower cost than their counterparts who don’t cooperate.

Second, NGOs not only compete for the public’s attention but for the mainstream news outlets’ attention because of their ability to set public agendas, raise political stakes, and reframe existing situations (Thrall, Stecula, & Sweet, 2014). Lim and Barnett’s findings (2007) confirm that “countries with a high level of news coverage receive more aid and have more international aid relations than those with less coverage”, one can expect a similar result from the journalist-NGO cooperation, with NGOs gaining higher organizational profiles and adjudication of donations and support for their causes from news coverage. Moreover, being granted coverage from the mainstream media, the cooperating NGO has the opportunity to return to its independent advocacy-journalism activities and double up its media resonance with their differentiated media strategies.

It is hard to predict whether the journalists-NGOs cooperation, by itself, would reverse the compassion fatigue phenomenon in the short term but benefits seem to overflow the mutual ones. The potential rise of peace journalism in hands of NGOs’ independent media work could help slowly reframe the mainstream media’s discourse surrounding human rights issues, discourse that started the issue in the first place. Since peace journalism implies editors and reporters making ethical choices of “what stories to report and about how to report them to create opportunities for society at large to consider and value non-violent responses to conflict without compromising the principles of good journalism” (Lynch & McGoldrick); the ultimate moral goal of the Journalists-NGOs cooperation proposal becomes to replace the current violence-oriented news principles with peace journalism values.

The advent of this different kind of journalism would allow each participant of the communication process to become supporters of peacebuilding efforts, and for the media to “transform conflicts from their violent channels into constructive forms by conceptualizing news, empowering the voiceless, and seeking common grounds that unify rather than divide human societies” (Tehranian, 2002). Given that peace journalism practice implies an approach to conflicts from a win-win orientation, the humanization of everyone involved, and a proactive, creative and solution-oriented mindset when dealing with human suffering stories and events; the potential of peace journalism to disrupt the compassion fatigue phenomenon and to improve media practices needs to be further explored.

To conclude, I think that bringing NGOs to the newsroom and allowing journalists to accompany the NGOs’ operations while encouraging their work differentiation and specialization seems to be the best way to achieve the permeation of human rights topics into different levels of information flow. Consequently, and when exercising peace journalism, there are increasing possibilities for human rights concerns to get acted upon by the political and empathic will of civil society, governments, and international organizations. This, in the long run, could break the harmful loop of the current compassion fatigue phenomenon. Finally, I must point out one trend that could limit the reach of the journalists-NGOs cooperation proposal: the prevalence of a limited number of dominant international NGOs and international mainstream news agencies in the global communications system. This leads to wonder whether the journalist-NGOs cooperation model would only be useful for those predominant actors or if it will be also helpful for their smaller-scale counterparts.

Lim, Y. and Barnett, G. A. (2007). The Impact of Global News Coverage on International Aid. Retrieved from http://citation.allacademic.com/meta/p171536_index.html

Thrall, T., Stecula, D., & Sweet, D. (2014). May we have your attention please? Human-Rights NGOs and the problem of Global Communication. The International Journal of Press/Politics (pp. 1-25).

Zaidy Rosalba Romero Romero is a young Colombian graduate student from the University for Peace’s Media and Peace program. Her recent academic work has focused on topics such as conflict transformation, peace journalism, freedom of expression, and nonviolent social movements. Her previous studies in international relations and human rights, alongside her experience as a woman born and raised in a conflict-hit country going through a peace process, have nurtured her sensitivity, interest, and passion for peacebuilding and human rights defense and promotion. Her current academic emphasis has made her interested in the media and in organized social movements as a means of taking action and positively influencing the transformation, course, and outcomes of situations of social unrest. She can be contacted at zaidyromero.jsbt@gmail.com and through her LinkedIn Profile