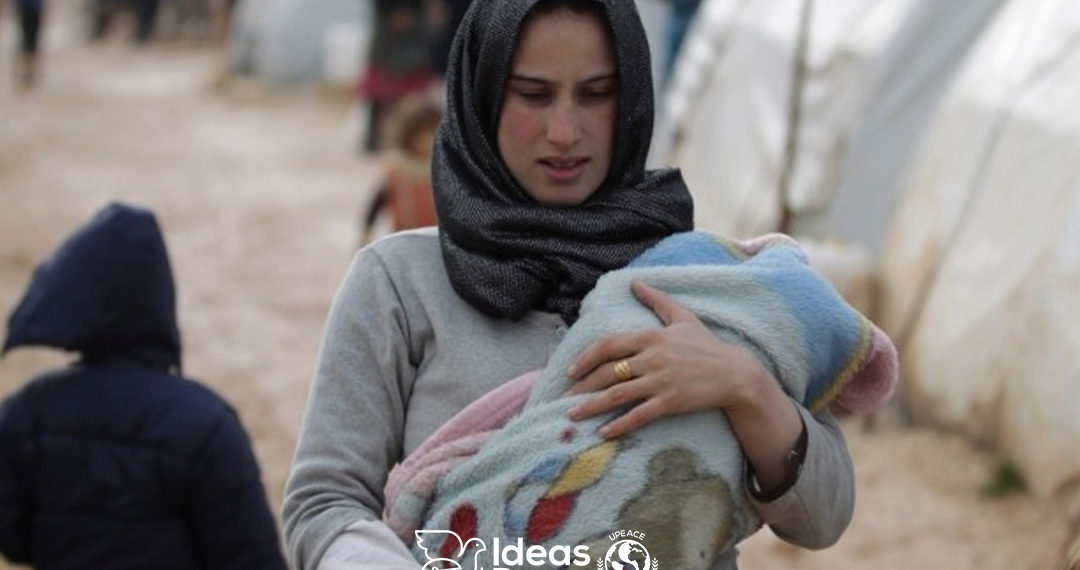 The Refugees may have lost their homes,

The deadly ongoing Syrian civil war, owing to the unstable Assad- led government lacking effective control over the Syrian territory, has forced its citizens to seek refuge in neighboring countries. Mere disarmament is not enough to ensure peace, as the end of violence does not signify peace. The need of the moment is for the international community to focus on post-conflict restructuring and the holistic economic, social, and political development of the Syrian refugees.

Systematic wartime violence is gendered since such violence is symbolic of the masculinity and dominance of the perpetrators (Fangrad, 2013). In this sense, violence such as wartime rape is not merely incidental, but it is instrumental.

The perpetrators seek to inscribe their own religious, political, and social identity by diminishing the identities of the refugees through the bodies of refugee women (Freedman, Backlacioglu & Kivilci, 2017). These women suffer through gang rapes, forced marriages, prostitution, human trafficking, domestic violence, and other sorts of gendered violence, with a lack of legal protection.

The host countries, the main ones being Turkey and Lebanon, treat the marginalized refugees as ‘second-class citizens,’ and they are vulnerable to crimes unleashed by the locals and State agencies. In Lebanon, primary and secondary healthcare is made available for them, but they are required to make payments, most of whom cannot afford to do so.

Women are more harshly impacted as they are married at a young age and face domestic and sexual violence from various perpetrators. They lack access to emergency obstetric care and contraception, and they are made to undergo abortions since they are still young and cannot afford to take care of their newly born (Yasmine & Moughalian, 2016).

The current treatment received by the refugees in the host countries is far from satisfactory, given that the refugees are utilizing their own resources. While international organizations are limited in the amount of healthcare relief they can provide, there is a huge responsibility of access to healthcare that host countries should honor until it is safe for the refugees to return to their home country.

The End of War does not signify Peace

Refugee camps in host countries have accounted for large-scale sexual violence cases that go unreported. In addition, there is a dearth of basic amenities such as food, water, and hygiene. The host countries can provide sturdier temporary camps by utilizing existing infrastructure and providing better security to monitor sexual violence at these camps (Blundell et al., 2019).

Deploying women officers would ensure that temporary camps are not entirely dominated by male guards. Women refugees also need to be granted access to justice for the gendered violence they face to deter perpetrators from committing such crimes without facing any consequences.

Along with working towards ensuring the physical safety of women, their mental health also needs to be taken care of. International organizations and NGOs that can help in establishing Trauma Centres, which are well equipped to deal with the devastating experiences of women, are essential for their overall development and to ensure a safe space for these women to come forth with their stories.

Anera is one such organization working with refugees in Lebanon by providing medication and other services to deal with mental health issues. Women refugees themselves have come forward and spoken up about the stigma that is attached to seeking help for mental illness among refugees. There are also issues regarding the funding of such organizations for them to be able to sustain their wide range of services in the long run for those many numbers of refugees. Creating awareness programs and encouraging refugees to partake in their services would help in ensuring that they regularly make use of such help.

Reiterating the point made above, the end of the war in Syria does not signify peace. To work towards their holistic development, host countries, for the time being, need to provide equal opportunities across educational, occupational, political, and medical institutions so that they are not deprived of such opportunities based on their identity.

While Turkey has allowed Syrians with a resident identification card to work, they do not have a ‘right to work.’ They are mostly employed in unskilled temporary jobs that are not sustainable in the long run since the host communities themselves believe such competition takes away their livelihood (Sood & Seferis, 2014).

Another prime example is Germany, a country that benefited from the influx of human capital, where refugees secured job placements across various sectors after engaging in language and integration courses. Studies show that many of the women are yet to join the workforce since they have household responsibilities, but when they do secure jobs, they will help in balancing the net benefit of Germany (Dowling, 2019). The economic impact of refugees on host countries would vary depending on each circumstance, as in the case of Germany, the refugees efficiently bridged the favourable labour market conditions and unemployment gaps.

The refugees have been deprived of their livelihood and have been denied basic human rights, which are guaranteed to all human beings- as natural law theorists would advocate for. Refugee laws mirror natural law in the sense that certain basic rights are guaranteed to humans, and certain moral standards need to be upheld. There, unfortunately, is a gap between the existing laws and their implementation by States.

Post-conflict restructuring for women has to ensure that women themselves are a part of the conversation and that they actively participate in mediations, negotiations, peace agreements, treaty-making, and other formalities governing their well-being. Giving women the agency and opportunity to represent themselves over the laws governing them dilutes male notions of how women refugees should ‘ideally’ be protected. The complexities of the multiple layers of violence faced by them need to be resolved at the grassroots level, which only the women can identify.

The refugees have long depended and continue to depend on third parties, such as international organizations and host countries, for their survival and livelihood. Their future is blurred as it is too unsafe for them to return to their home country, and the violence they face in host countries is becoming more severe. On the one hand, they have been treated as second-class citizens in host countries; on the other hand, they are the main targets of violence in their home country. Bridging the gap of violence faced on both sides is an alarming issue that is yet to be taken up by the international community.

Anera. (n.d.) Syrian Refugees in Lebanon get help for Trauma and PTSD. Retrieved from: https://www.anera.org/stories/syrian-refugees-lebanon-get-help-trauma-ptsd/.

The Center for Mind Body Medicine. (n.d.) Hope and Healing for Syrian Refugees. Retrieved from: https://cmbm.org/our-work/refugees/.

Having participated in Model United Nations conferences on the refugee crisis, Dia Shetty is a budding scholar studying the interplay of politics, law, and the refugee crisis.  She is currently a penultimate year law student at Jindal Global Law School. She is an avid reader and takes great interest in analyzing the interplay of regional politics and State rhetoric. She has previously worked as a research assistant on corporate governance matters at the university. She aspires to continue making contributions to the scholarship surrounding the refugee crisis around the world. She can be reached through her email ID at diashetty99@gmail.com.