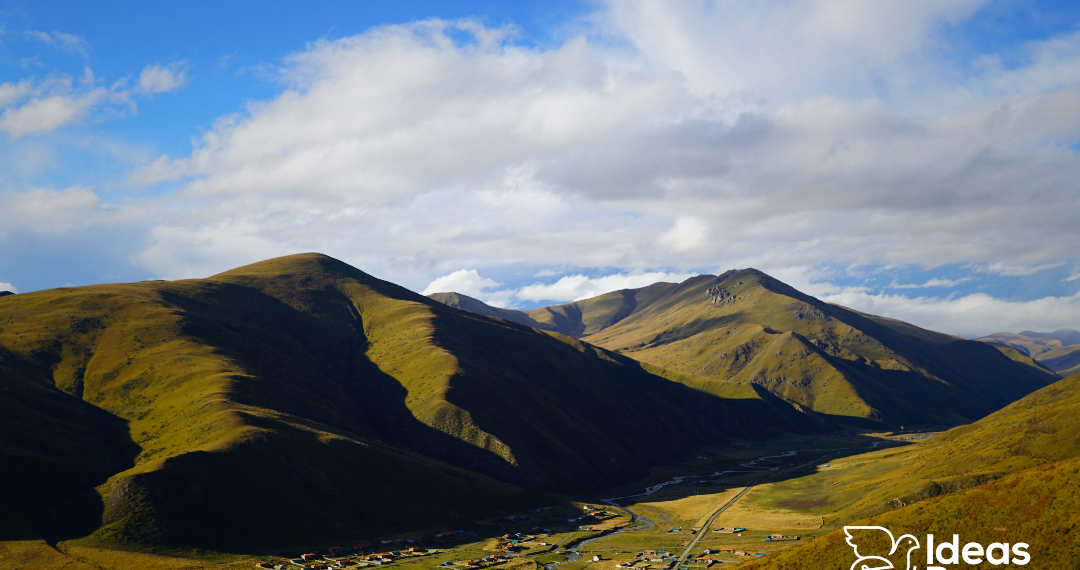 Reflections on Ecological Civilization in China

The philosophy of Ecological Civilization has deep cultural roots in China. There were already ideas of protecting viviparous and oviparous animals for sustainable use, as well as the law of closing mountains and reforestation, in China during the Spring and Autumn period (770 BC-221 BC). Confucius advocated for the following: “The Master angled but did not use a net. He shot, but not at birds perching” to avoid ecological resource supply and demand inconsistencies across generations (Ren, 2006). These simple, long-lasting ideas adapted to the low productivity of the time. People recognize the value of nature and learn to give it time to repair itself as a result of productivity constraints.

In other words, in ancient China, people had to rely on nature for food; if nature deteriorated, there could be a severe famine, forcing people to relocate. That’s also part of the reason why China had “Chuang Guandong ” (In the 19th century, people from Shandong Province moved to the northeast part of China to make a living).

China entered the current industrial period after its founding in 1949, and productivity skyrocketed as millions of people were lifted out of extreme poverty. At least nowadays, people do not have to be concerned about starvation. People began to exploit the environment because they were greedy and afraid of falling back into poverty. Conflicts begin to emerge at this point. The fact that Chinese people want a prosperous and stable life, which requires a large amount of resources, is incompatible with the fact that the natural environment has a limit and cannot be exploited indefinitely.

The Chinese government believes that this contradiction can be resolved by establishing a new civilization, the Ecological Civilization, which will serve both economic and environmental goals. According to Prof. David Korten, China wants to “climb the mountain of ecological civilization and the mountain of capitalist economic growth at the same time.” However, there is no previous theory to back this ideology up. The Chinese central government must continue to consider economic interests when formulating policies in order to avoid lowering people’s living standards. China has to choose between “two evils”: highly polluted industries with poor environmental protection or moderately polluted industries with better environmental protection.

Take Guilin, which is located in the south of China and is similar to Venice, Italy, as an example of how the Chinese government wants to climb “two mountains” (Ecological Civilization and Capitalist Economic Growth) at the same time. Guilin city was famous for its beautiful mountains and waters; we say,” East or west, Guilin scenery is the best.” This city clearly should be protected. That’s why the government wants to develop eco-tourism instead of developing the second industry in this city. “Lucid waters and lush mountains are invaluable assets.” Although tourism will inevitably harm the environment, when compared to industrial pollution, China has to choose “the lesser of two evils” because China cannot realistically abandon economic growth.

While Guilin’s beautiful scenery continues to benefit the city’s residents and international tourists after years of development, it is also being transformed into an important driving force and strategic capital for the city’s long-term development. Guilin’s all-around prosperous lifestyle is a good example of man and nature coexisting peacefully and sustainably. Guilin’s favorable ecological environment has boosted people’s quality of life. People have become the primary beneficiaries of ecological civilization’s dividends. Similar to how Guilin is positioning its development, China is investigating opportunities in various cities across the country to make the best use of local resources.

Challenges of local governments have towards Ecological Civilization

Aside from some accomplishments, new challenges are emerging. One important issue is that while the central government is committed to achieving ecological civilization, local governments misunderstand and implement policies in a haphazard manner.

Furthermore, when it comes to implementing policies, Chinese local governments face a number of challenges: To begin with, leadership capacity varies across areas and levels. The leadership in Beijing and Shanghai may be better than in other areas. Provinces, districts, cities, counties, and villages are the different types of local governments and at the local level, leadership capability differs a lot.

Secondly, some local leaders, such as city or county-level leaders in some developed areas of China, may have reaped significant benefits from industrialization. They are adamant about not giving up their current benefits. They may try to exploit legal loopholes in order to continue polluting the environment.

Thirdly, some local governments lack the necessary environmental literacy and experts, and their understanding of environmental protection is superficial. China went through very difficult times when many people in China starved to death due to natural disasters. The majority of current provincial leaders have lived through a period of poverty in China, and they are more likely to trade trees for bread. The concept of sustainable development is too far away from their life. They may cite documents from higher levels of government, but they simply implement policies without questioning their logic.

Some reflections on the future development of Ecological Civilization in China

This situation cannot be changed overnight; it will take years of education and government capacity-building trainings. Education is a critical tool for increasing people’s awareness of the importance of environmental preservation. Government-sponsored capacity-building trainings are also effective, but they take a long time. It’s not a pleasant situation; hopefully, China will be able to improve things.

In order to achieve ecological civilization, China should pay attention to local initiatives. People are always the most powerful driver of ecological civilization in China. Whether it is the central government or the local governments, they all should stand for people’s interests. Although the top-down approach will be prevalent in China, bottom-up approaches initiated by individuals or the private sector are also emerging as new trends.

One encouraging development is that China’s grassroots environmental protection organizations, which are primarily made up of young people, are expanding. In the last three years, the Ant Forest, for example, has attracted millions of young people and planted 122 million trees in western China. The soil and water management of the Yellow River has also improved, and the ESG and CSR concepts are now widely accepted in many Chinese companies, thanks to the youth. More and more people are willing to protect the environment, and with the right platform, they can make a significant difference. We need to increase the understanding of ecology for sophisticated individuals who are sensitive about it and help them develop positive behavioral changes (Kuhn,2019); once the individuals are aware, the real changes can begin.

Spring tide rises on both banks of the Lijiang River–Guilin highlights its ecological advantages and drives the development of industry. (n.d.). Retrieved April 26, 2021, from http://news.guilinlife.com/n/2021-04/26/492221.shtml

Sifan Jiang is a former master’s student at University for Peace studying Responsible Management and Sustainable Economic Development. She also has a master’s degree in Finance from Johns Hopkins University in the United States. She has a strong passion for impact investment and other sustainable investing tools.