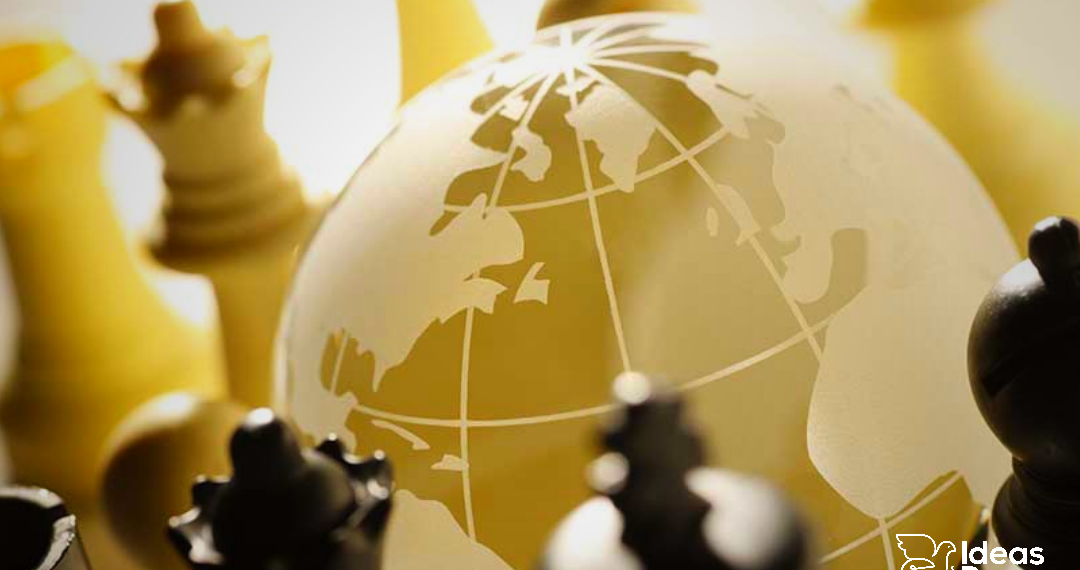 Russian Invasion:  Way ahead for a Bipolar Global Power Structure

The entire month of February 2022, in the landscape of International Relations was filled with disturbing news from the Eastern part of the European continent, when the Russian aggression was knocking at the doors of non-NATO Ukraine. The emphasis is put on the word non-NATO because the post-aggression plight of Ukraine had a lot to do with Ukraine’s refusal to join the North Atlantic Treaty Organization (NATO).

The Russian President Vladimir Putin in his address on 24th February 2022 (Bloomberg, 2022) had stated various reasons for the aggression toward Ukraine, one of which was if Ukraine were to be the part of NATO, it would pose a great threat to the National Security of Russia and it would be exposed to a geopolitical power structure isolation where almost all the countries in Europe would be a part of NATO with Russia left being the only non-NATO country.

This for Russia according to Putin would mean that it was also vulnerable to military aggression from any of such countries and that if it would retaliate to any of such attacks, Russia would have 30 odd countries standing against it as Article 5 of NATO provides, attack one is an attack on all (Collective Defense Principle of North Atlantic Treaty Organization enshrined under Article 5 of NATO).

In his speech (Bloomberg, 2022), Putin other than the national security issue also highlighted the very obvious western bias and dominance in the International Power structure and International Law, where he condemned the United States of America and the United Nations Security Council for their negligent approach in times of severe human rights violations and arbitrary use of military aggression in Iraq, Libya and Syria on account of perverted decisions from the United Nations Security Council.

Although the justification or rationalization of the Russian aggression remains a question for further consideration, another interesting turn of events occurred when India for the third consecutive time abstained from voting against Russia in the Security United Nations General Assembly (Parashar, 2022), which could be an early sign for the global power structure to become bipolar once again.

Since the end of the Cold War and the dissolution of the USSR, the global power structure had become unipolar, with the United States of America being right at the top. Somewhere down the line in the second decade of the 21st Century, the People’s Republic of China (PRC) started emerging in the global power landscape with its effective economic and trade policies.

Although what has been short-handing PRC in its pursuit of becoming a counter-force to the Americans is the latter’s soft power, diplomacy, alliances, and military support at its disposal. This sudden change in the international scenario where Russia requires diplomatic, military, and trade alliance given all the sanctions put by the Americans (Staff, 2022) and some leading European countries (Staff S. , 2022) like Germany (Keay, 2022), France, and England.

The hypothesis of the author that the Russian invasion might lead to the revamped global power structure making it bipolar again is also backed by the fact that along with India, China as well abstained from voting against Russia at the United Nations General Assembly. The bipolar power structure that the Author believes will turn out to be is as follows the United States of America on one side of polarity while Russia, PRC, and India are on the other side of the polarity. Now let us look at how and why this could be a possible combination.

The Chinese have long been looking to overtake the American dominance in the International Regime of things but as mentioned earlier always lacked alliance, diplomacy, and military backing. With Russia and India at its side, who are the leaders in the Asian and European Continent at present, China can fill the said gaps and emerge as a leading power.

Until now the only loyal alliance that China has, is Pakistan, although that too is dependent mostly upon the economic assistance that China provides to Pakistan to strong-arm itself against India, which might not be the case when Indo-China-Russia Alliance comes into the picture, which the author hypothesizes.

Before the LPG model and during the Cold War, India was essentially associated with the USSR as one of the major powers of the Allied Forces, The United Kingdom, had essentially ruled India for over 2 Centuries. Later when the regimes changed India shifted its focus from the Russians to the Americans which hasn’t had been of much avail to India as Americans had extended no support in tackling India’s problem in Kashmir with Pakistan and in north-east with China, hence a friend giving no benefit.

But one has to accept in International Relations friendships always have to entail a certain amount of collateral benefit which American counterparts have not been able to provide, whereas India has always been a medium for the USA to strongarm the latter against China. Therefore, it is high time that India looks in another direction for its International Diplomacy.

With the Chinese coming into the picture, India will also have a chance to resolve the north-eastern border dispute with the former, once and for all and the trade exchange between the two Asian giants will also facilitate the economic alleviation of both countries.

The Russian contribution and affinity towards India in international politics was fairly evident when the entire global west stood against India during the Pakistan and Bangladesh separation but, it was only the Russians who came to India’s assistance. In International Relations and politics, one doesn’t lose old friends by making new ones, it all depends upon the current and contingent interests and the nature of political turmoil in the International landscape.

Russia has overtly expressed its concerns over its national security given the growing expanse of NATO in the European Union and has also expressed its concern over the western bloc’s bias on the United Nations and global politics. Russian regime shall think from the perspective that power grows only by power.

If Russia seeks to stand strong as it did back in the mid-20th Century it needs the support of the Asian giants like India and China to have geopolitical superiority and political superiority in global politics. Even in the present times when Russia was boycotted almost by 140 countries of the world, it has sought diplomatic support from India understanding the importance of the same.

The impact of such an alliance is quintessential in the framework of global politics and power relations. It could also serve as the balance of power which has been missing over the past few decades in the global power structure, where the United State of America was single-handedly handling and leading all the global politics.

A balance between the eastern and western bloc, with two superpowers on either side, could be a whole lot helpful for maintaining global peace and integrity though, the inevitable threat of a catastrophic conflict would still loom over the global community. The role of the organizations like the United Nations, Security Council, and other such peace-keeping organizations become all the more relevant, and active participation from their side in regulating the international politics and affairs would be the need of the time, which in the author’s opinion has been missing till now.

Now that the author has presented a brief analysis of the possibilities for the three majorly concerned countries to form another power bloc in world politics, it seems fairly possible that such an alliance may come into being given the needs and requirements of all the three countries.

Conclusively, the world order may expect a bipolarity in the global politics which the post-cold war era was mostly dominated by the United States of America. The global trade regime may also change with the Asian countries leading the way and setting the future narratives for the world. The manifestation though might be out of a rather violent course of action ranging from low to moderate level of severity as none of the countries will want to engage in a military confrontation given all of their present status quo. The tool of diplomacy and soft power shall pave the way for forging this new alliance with collateral interests at stake for all the stakeholder countries. One rather more relevant effect of such an alliance would be the efficacy of the economic sanctions put by the west as their soft power to achieve certain goals as all of the three countries and their potential would mutually be economically independent of the west. The change will not be radical but gradual.

Keshav Pandey currently is a 3rd Year Law Student at the Alliance School of Law, Alliance University, Bangalore India. He is an avid reader of International Politics and Western Political Philosophy and has a keen interest in International Relations and developing political ideologies. He also holds a specialization in the field of Economics and has worked and is working on several pieces of literature pertaining to Environmental Laws and policies in India. He believes in a transdisciplinary approach to solving various issues of the contemporary world and thus works extensively and independently in the field of Policy and Research. Keshav also has a knack for debating while possessing exemplary public speaking skills. Keshav is a member and editor of the University’s Global Affairs and International Relations Centre along with being the co-convenor of the University’s Model United Nations Society. Keshav believes in the existence of a plain white globe where peace is its land, water, and life. He can also be reached through his LinkedIn Account and Instagram ID (@iam__keshav12)