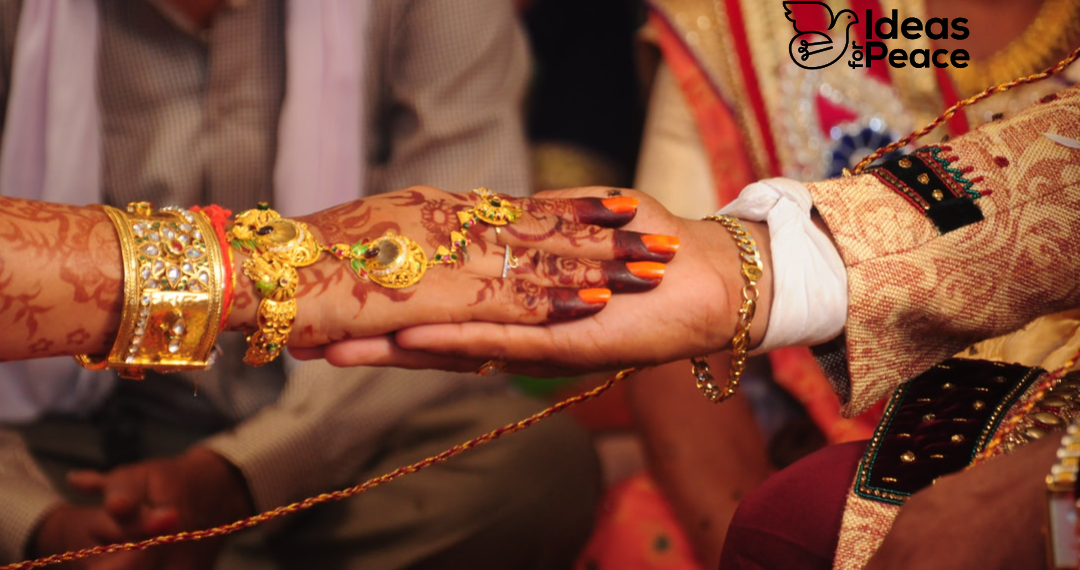 Selection of Poems from the ‘The Unfold Pinnacle’ – Part II

This is the story about a seventeen years old malnourished tribal woman and a mother of a malnourished girl child from Tumrikasa, Manpur, Rajnandgaon, Chhattisgarh, India. Rajnandgaon, a district that host many political heavyweights is dominated by the tribals and left-wing extremists thus destabilizing peace and tranquility.  It is a district known for child marriage. As part of the traditional customs, many girls get married at the will of peers and family pressure (I tie knot rewarding their wishes and wills.)

Many women who are anemic, malnourished, and suffer from morbidity get married at an early age and give birth to low birth weight babies who are also malnourished. In this case, she got married at an early age. Birth spacing and child marriage have a bearing on malnutrition.  Adolescent girls are future mothers and it is the second window of opportunity to invest. She gave birth to a girl child who is malnourished. Also, as an expectant mother, she is dreaming of a male child. Simultaneously, she thinks her child can rise beyond the kitchen (to be a doctor) and be more civilized than their family and neighbor.

It is a story of a cobweb of poverty that she cannot escape but at the same time learns to cope with a dream with despair.  She sees the happiness and pleasant life of other people (see colors in others). It symbolizes the inequitable society where there are discrimination and injustice. But strangely, the rich and affluent people become role models for the poor. And she dreams (one day she would rise beyond the kitchen.) very well knowing that – this malnutrition –an intra-generation cycle.

I am fourteen, he is fifteen
skins have played truant,
lives have been shaken
time has taken its share of flesh
too late for a denial
I tie knot rewarding their wishes and wills.

The cruel world rejoices with cries
new face to arrive – a male child
too late to repent.

Lonely habitat, solitary life
too late our sweet love games
see colours in others
one day she would rise beyond the kitchen.
Strange but true, this malnutrition
an intra-generation cycle.

This is the story of a thirty-five-year-old newly elected local government body (Panchayat) member; Baiga tribal woman from Pandaria, Kawardha, and Chhattisgarh, India. Baiga is an aboriginal extinctive primitive tribe.

Kawardha is a Naxalite (left-wing infested) prone and one of the poorest tribal districts of Chhattisgarh. It has its beauty. The forest, trees, fountains, temples, and streams compound the beauty. Currently, there is a 33% reservation for women in local panchayats. The women get elected to the panchayats but in reality, they do not exercise power and authority.  They fail to fight justice. Their husbands work as de-facto. The officials who are savvy, smart, English speaking dominate the scene. This is the story of a semi-literate woman who was elected to the panchayat. But she feels helpless and lost making this injustice a part of life. But at the same time, she does not lose hope and but wants to fight next time.

Mostly, poverty is a perpetual and political process. It is all about unequal power relations. And tribal poverty is the worst form of poverty. Hunger, malnutrition, poor health, indebtedness, illiteracy, exploitation, gender-based violence are ways of life. But they get solace with the simplicity of nature, charming beauty of the flora and fauna, the flow of the streams, and many cultural festivals. Their houses are mostly made of clay burnt tiles. I visited this place in the hot summer. As there is deforestation and falling the trees, these poor tribal have to bear hot summer without respite. Even water bodies get dry during the summer.

These tribes often pluck mahua flowers during mahua flower season. These flowers are dried and sold and contribute to their livelihoods. Mahua flowers are also used as country liquor. In the past, there were abundant mahua trees. But now a day the numbers of trees are limited. Hence, they have to leave in the night sacrificing the slumber/sleep and compete with each other for the flower. This is a terrible experience for the tribal. One way it tells about the plight of the poor livelihoods security other ways it puts their life at risk as in the forest many tribal are attacked by bears, tigers, snakes, and other animals. Many succumb to injuries and many die. But they have no other option.

People vote, I undertake another course
one that is allegiance towards an oath
to spill my blood
dipped in mortality and hunger,
I see fellow citizens swelter
torrid rays and unusual summer
unleash;
the clay burnt roof charring half naked attire
plants and bushes, birds and butterflies
victims to need, greed and desire.

I address the gathering;
someone, please  lead,
savvy officials take over;
their language alien their gesture winks
my husband speaks for me;
diffusing clarity shadow impression decides
consensus is built,
I have lost; this injustice is part of life.

Nothing has been writ large as poverty;
a political process reigns over
my people’s voice unspoken, unheard.
This democracy is not for me.
A somber melancholy.

I hoist the flag
And it colours me weak.
I pay homage to the father of nation
And wear a guard of honor to protect the truth
I  vouch to fight
if reincarnation exists.

This is the story of a beautiful seventeen-year-old other backward castes (OBC) remarried divorcee and mother of a malnourished girl child from Kodva, Pallari block of Raipur district, Chhattisgarh, India. She tells her story about child marriage and how it has turned her life into hell. Like many other poor girls, she married against her will and with the pressure of society forgoing her study.

Against her will, she married a wealthy person who was virtually a fraud and drunkard. She had to undergo and be a passive recipient of domestic violence, torture, and abuse.  Except satisfying his libidinal urges, she had nothing to do with an adolescent girl.

Her husband after few years of marriage abandoned her. Again, with the pressure of the peers, society, and family, she got married to another person against her will and wish. Her mother counseled her that if she does not get married, society will sanction their family. Now, she has lost her charm of youth and with passivity conditioned to respect will and wishes. She is undergoing a life full of melancholy, sorry, and predicament.

This is the story of mutilated youth, unbridled desire, and a sudden shock which forces the human being to be silent, mute spectator to the suffering and lose any hope in the life at an early age of life.

As I grew from a girl of childhood to youth
my beauty began to spell
smile procreates mad euphoria
this is akin to fragrance making it smooth as silk
sharp as the eyelids knew a treasure of time,
truth was not to live forever
I soon become fertile and no longer
hid this beauty divine
beneath a veil.

I recede
my school mates proceed
and I fall prey in my chastity
they counted virginity in me is still not used
and it comes to be exhausted
and he threw all that he could all over
my body, soul, my spirit withstood
this was with the consent of the elders
who stayed where they were
and never flew prior with that proposal
I approved by a nod of the head
to be a passive recipient of his cruelty
beneath the veil.

He squeezed, evacuated
a pawn in the market, I am deserted
raw energy echoes in it,
beauty is sublime but a curse divine
will soon rinse its body when completely nude
a mega mind and my mother does empathise
sermon me,
“this youth is a treasure not to be preserved”
to rid such a truth, I tie up with another cruel keeper
beneath the veil.

For the poor, there is void with time having
no past, present and future;
it remains the same in all changes
this is the dictation of the benevolence
I am conditioned to respect a newer devil
where myths and misconceptions rule
along with norms and ethics
I am misunderstood, youth gets decomposed
beneath the veil.

Fondly known as ‘Nutrition Man’, Mr. Basanta Kumar Kar is an international development professional who has won numerous accolades. The poems are part of a larger collection of poems, ‘The Unfold Pinnacle’ that  delves with the real life stories of marginalised women and girls and humanise development work with the intimate stories of those  directly affected by poverty, malnutrition, injustice and violence. He lives in New Delhi, India. E-basantak@rediffmail.com