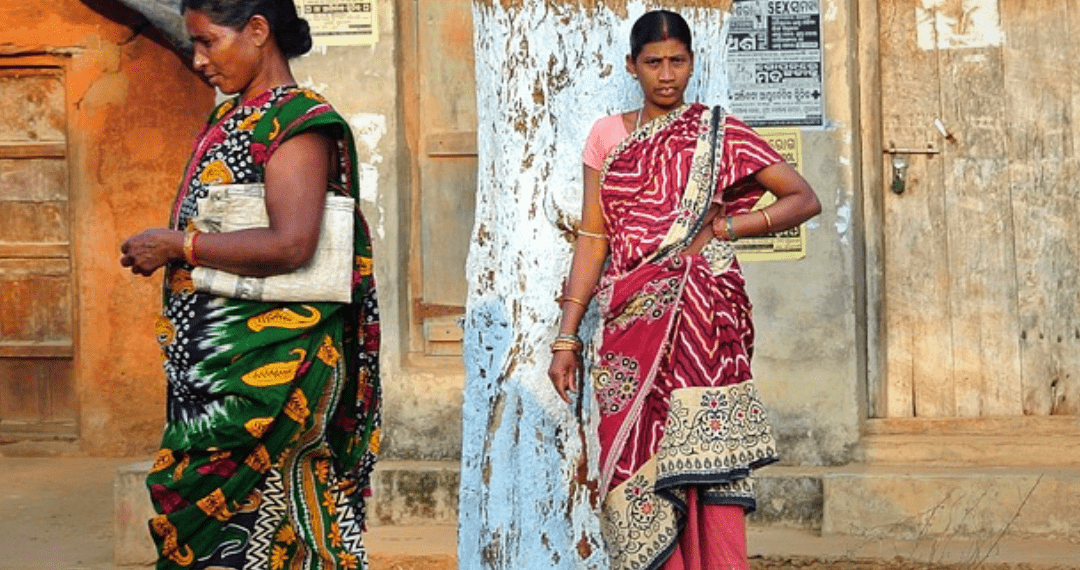 Selection of Poems from The Unfold Pinnacle

The poems tell the story of marginalized tribal women who were living in the Left Wing Infested (LWE) relief camps in India. These poems are part of a larger collection of poems, ‘The Unfold Pinnacle’ that gives the marginalized women and girls a voice through poetry and humanize development work with the intimate stories of those most directly affected by poverty and violence.

I behold, I cannot measure

sacredly, I await to be its guest.

a fire enflames in haste

demand flesh and blood, I resist;

I am a mother.

empowered to turn ashes of lives;

the horror of dying, decomposed alive

I plead to the divine,

why in my tiny forest my habitat cannot reside

I resist trading my children and all I exist for

brave, I am a mother.

My tiny forest habitat finds no place in your design;

melody of hill maina and the endless perennial streams

our festivity rejuvenates and thrill

the beauty of the wild forest is razed to the ground

resisting, I am a mother.

the century old custodian of the beautiful jungle;

I can no longer hide flesh and blood

I despair and reinstate

there is not life in compromise

alas, I am a mother.

Just a glimpse into our beauty unparalleled

our love, our togetherness

everything from our ribs bone;

leaving me behind he moves on

fending and caring for the little ones

have to pass through an ordeal on fire

never forget, I am a mother.

(A twenty-two years old Gond tribal widow from Maniknonta, Konta, Dantewada, Chhattisgarh, India. Mother of malnourished children she is residing in a conflict-hit relief camp). Maina- The bird known for human voice and a state bird

Brick and mortar, sand and clay

is put to grind

the amalgamation of a structure

we let it dry, a barricade in the foot of the hills

to cage us as animals of earth

put to serve a sentence in our native earth.

The maina weeps at lost branches

The melancholy gives birth to enflame

searching for a vent

the maddening surge for freedom

living in the bonds of fetters in my own kingdom!

my leaders –saviors; overreached themselves.

The freedom in the air is not so free

for all to hear the cold winter wave

the rustling sound of leaves crisp

there the water brims in the river

the stream flows with gushing speed

all are not watched by the cupid god.

There is no escape or turnabouts

once you are in there it is the curse

maddening you to surge for freedom

how can you break free from leaders?

The saviours have disappeared

from the womb of the earth.

The spirit is strong, but the flesh is weak,

the thrill of spring remains ever elusive

my feelings and emotions are well over

we are left to gaze

of what was there   never more will be in fray.

(Fifty-five-year-old tribal woman from Bhairamgarh, Dantewada, Chhattisgarh, India. She is staying in a conflict hit relief camp.) *Maina- The bird known for human voice and a state bird

Have you heard of last night’s massacre?

they unearthed to find their prey

wherever they found little hamlet

and their parents and members

all were kidnapped burnt alive

the red troops dare to do now

what made pharaoh his book

all the corpse were identified

by the armor of the vigilant night

witnessing the devouring of humans

Do you recognize my son, handsome and brave?

proud in death, valiant in his blood – stained

fought like a king, but they hunted him down

leaving behind the dead.

But his pride of death remains as one heroic in faith

for his birthplace is his eternal rest.

The strength of the wild lion, the resilience of nature

the men today in this camp, hunted down

and left behind the dead to its fate.

The old banyan tree swung in the wind

the tamarind tree goes mute for having

given shadow to the bayonets bullets and guns

the maina flees elsewhere making her an alien

with the foul smell of vultures

working on the corpse remains

settled into the routine of overnight flight

a testimony of a revolution

what used to be civilians now with long boots tore

we remain, counting the dead.

It obviously becomes a routine to save our lives

we are to flee in day and nights daily,

a war zone is born formidable

as iron and steel cannot fence

or any fire lit goes to identify

a right we the people truly forgot

the majesty of forest and rain entwined in our mind.

The casualty soars higher and high

one may lose the count of the dead

someone awaits the return of a father

others exclaim the thirteen mothers!

as bullet passes through flesh

as easily as in space for the few who survived

a deadly oblivion awaits their fate sooner or later.

(A thirty-eight-year-old Dorla tribal widow from Maniknonta, Konta, Dantewada, Chhattisgarh, India. She is residing in a conflict hit relief camp.) *Maina- The bird known for human voice and a state bird

could not greet bride and groom

the shaking of the earth

the fire of the bombs

the holy or the wish tree

ironically made a face

and perhaps wept as gifts

for this gracious act

failed to reach the ceremonial place

where did you go my little brother?

the silhouette of a wild shadow

canon-fodder for a venal civil administration

give us our kingdom in the deep forests;

in return do not misplace our trust

The state is born, a new peace movement

the changing colour of power,

whoever wears the crown?

you both extort, you both kill

the land is ours; you aliens fight for it

as if we never were.

at the red urban slum,

There was violence everywhere

with decibel of lightening rage

there were question marks

for enquiries some seeking

some senses terror and left to hurry on home

earlier than the sunsets.

the politics of power remains unchanged

in the last fifty years.

Our crime we do not take sides

(A fifty-eight-year-old Dorla tribal spinster from Pandikuda, Konta, Dantewada, Chhattisgarh, India. She is staying in a conflict hit relief camp.)

Mr. Basanta Kumar Kar: Fondly known as ‘Nutrition Man’, Mr. Basanta Kumar Kar is the author of three collection of poems in English. He is an international development professional who has won numerous accolades and has a broad experience of leading and managing large country and regional programs in South and South East Asia with demonstrable results. For outstanding contribution to the nutrition and poverty eradication endeavours; he  was  conferred with the most prestigious Global Nutrition Leadership Award(2019), NDTV Swachh And Swasth (Clean and Healthy) India ‘Hero of the Decade’  recognition (2019), Government of  India recognition on contribution to the POSHAN Abhiyaan(2018), ‘Transform Nutrition Champion’ Award for India and Bangladesh(2016) and Odisha Living Legend Award (2016). He represents in numerous Board and Governance structures, policy, advisory and technical bodies in South Asia. He can be contacted at: e-basantak@rediffmail.com