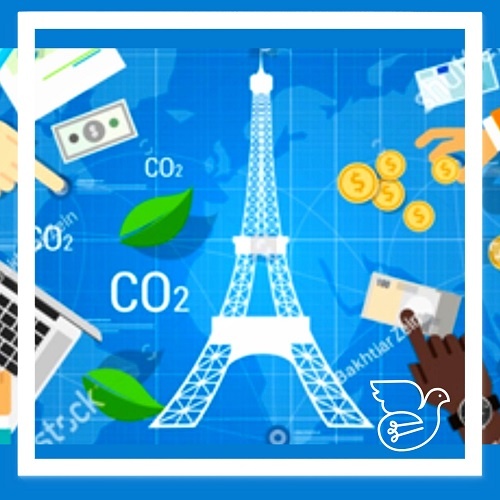 The Paris Agreement: The long road ahead for gender-inclusive climate treaties

With these being said, it can be argued that the Paris Agreement is predominantly gender blind. This potentially impacts the inclusiveness of the relevant climate actions and widening gender inequalities. The article will demonstrate its arguments as follows: First, it will look at the limited capacity with which gender is mentioned in the Agreement, specifically the Preamble, Article 7.5, and Article 11.2. In the second part, it will the analyze the aspects of the Paris Agreement where gender should have been referred to, and the implications of the failure to bring the gender perspective to these facets. Finally, the article will provide suggestions to improve the Agreement.

The Preamble of the Paris Agreement calls for a commitment to previous treaties and agreements and is vital to the interpretation of the subsequent articles (United Nations Framework Convention on Climate Change). Specifically, the eleventh Preambular Clause emphasizes the importance of promoting gender equality and women empowerment in climate policies and actions, which lies at the core of the Lima Work Program on Gender Decision 18/CP.20 adopted on December 12, 2014, by

[Acknowledges] that climate change is a common concern of humankind, Parties should, when taking action to address climate change, respect, promote and consider their respective obligations on human rights, the right to health, the rights of indigenous peoples, local communities, migrants, children, persons with disabilities and people in vulnerable situations and the right to development, as well as gender equality, empowerment of women and intergenerational equity.

The Preamble can be seen as gender-binary, with a focus on women. Further, while calling for the upholding of “equity,” it does not discuss “gender equity,” a term refers to the “fairness of treatment for women and men according to their respective needs” (Mencarini, 2014). These two notions are reflective of Decision 18/CP.20 and the fifth Sustainable Development Goal on achieving gender equality and empowering all women and girls. They may have implications for the lack of total inclusiveness throughout the document and subsequently in the implementation of the agreement, particularly at the grassroots level. While it is generally believed that women are more susceptible to the effects of climate change (UN Women Watch, 2009), research has shown that both genders can experience more or less vulnerability, dependent on local contexts (Sellers, 2016).

Article 7 of the Paris Agreement features State parties’ commitment to adaptation to climate change, while Article 11 focuses on capacity building facing climate change at various levels. As climate change has been proved to affect men and women differently, a one-size-fits-all approach to support both genders is not recommended (Sellers, 2016).

Parties acknowledge that adaptation action should follow a country-driven, gender-responsive, participatory and fully transparent approach, taking into consideration vulnerable groups, communities and ecosystems, and should be based on and guided by the best available science and, as appropriate, traditional knowledge, knowledge of indigenous peoples and local knowledge systems, with a view to integrating adaptation into relevant socioeconomic and environmental policies and actions, where appropriate.

On the other hand, the second clause of Article 11 highlights the desired qualities of capacity building programs by stating that

Whether in adaptation or capacity building programs, the Paris Agreement stresses the importance of tailoring climate actions to match each gender across the wider policy spectrum. This call for action scales up – on a global level – the Lima Work Program Decision 18/CP.20, which incorporates gender-responsive climate adaptation and capacity-building policy workshops in its agenda (United Nations Framework Convention on Climate Change, 2015).

While emphasizing that climate change adaptation and capacity building should be gender-responsive, both Article 7 and Article 11 do not mention non-binary individuals, following the Preamble. Even as adopting the traditional binary perspective, these articles do not refer to the existing inequality in men and women’s contribution to forming scientific knowledge and the vital role of women in nurturing local knowledge. These are both emphasized by the United Nations Educational, Scientific and Cultural Organization in its reports (2017).

In other words, although calling for attention to ensure gender responsiveness in the concrete action plans, the Paris Agreement does not seem to place importance on gender responsiveness and/or gender equality in developing the resources that guide climate actions. This may lessen the effectiveness of climate change adaptation and capacity building programs, given that educational level, political and socio-economic status, culture, and access to livelihood resources and basic services may create discrepancies in the formulation and dissemination of knowledge across different genders, communities, and regions. Specifically, it may put women at a disadvantage as climate adaptation plans may not be discussed and addressed incorporating their perspectives and experiences.

II.Where gender is not mentioned

Adaptation and capacity building are not the only two facets highlighted in the Paris Agreement. As indicated, the agreement reserves separate but interconnected articles for mitigation, nationally determined contributions (NDC), climate finance, technology, and transparency framework. None of these articles mention gender and these may have different implications impacting climate actions.

Articles 4, 5, and 6 closely link mitigation to NDC, the latter of which forms the core of the Paris Agreement by outlining plans to address climate change by the participating States (United Nations Framework Convention on Climate Change, 2020). The lack of referencing to gender in the NDC-related articles is worth noting and should be addressed.

In their guidebook published in 2016, UN Women showed that 65 out of 162 State parties explicitly mention gender in their Intended Nationally Determined Contributions, or INDC, which eventually will become the NDC. Approximately half of these parties “identify gender as a cross-cutting policy priority or commit to integrating or mainstreaming gender into all climate change actions, strategies and policies” (IUCN, as cited in UN Women, 2016), and 18 State parties acknowledge women’s role in mitigation in correlation with energy emissions, sustainable energy, and livestock (Huyer, 2016).

The gap in the reference of gender and/or women between the INDCs and the Paris Agreements may indicate the State parties’ decreasing commitment to incorporating gender considerations in their mitigation action plans. This may increase gender inequality at the grassroots level. While gender differences factor in emission intensity (Lambrou & Piana, 2006) and “mitigation interventions can entail widespread gender risks” (Skinner, as cited in Bendlin, 2014), these issues might be neglected.

Climate finance is highlighted in Article 9, emphasizing the need for the transparent provision of financial support from developed countries for developing countries in climate change adaptation and mitigation. In its analysis, the United Nations Development Program (2011) noted that gender issues are not systematically incorporated in climate finance frameworks and mechanisms. The Paris Agreement is not an exception.

This gender-blind approach to financial regimes may result in adaptation and mitigation efforts worsening the power asymmetries that put vulnerable groups, particularly women, at a further disadvantage. For instance, women may have fewer opportunities to purchase drought-resistant crops. In addition, while relying traditionally on natural resources for a living, they may face the risk of receiving land allotments vulnerable to climate impacts (Habtezion, 2013).

On technology, Article 10 emphasizes that technological development, transfer, and dissemination are acknowledged by the State parties to play key roles in climate change resilience, mitigation, and adaptation, as well as greenhouse gas reduction. Technologies make early warning systems, which are vital to climate change adaptation and disaster risk reduction strategies at the local level, increasingly advanced and approachable (Brazzola & Helander, 2018).

However, much like with adaptation and mitigation, gender roles affect technological needs, access, and advancement. Women have been lagging behind men in digital literacy (Taylor, 2018), particularly in developing countries due to their substantial involvement in time-consuming work such as food production and family chores (Muthama, Kimathi, & Kitung’u, 2013). The inclusion of digital education and gender-responsive technologies in major climate treaties, which the Paris Agreement is lacking, may improve all genders’ opportunities to access early warning systems that suit their needs and situations.

Regarding the transparency framework, Article 13 highlights that the framework is designed to ensure clarity and tracking of progress of climate actions under Article 4 (NDC), Article 7 (adaptation), Article 9 (climate finance), Article 10 (technology), and Article 11 (capacity building). Throughout Article 13, gender-disaggregated data and other gender indicators are not mentioned, nor are monitoring and evaluation frameworks/systems for tracking the progress of gender considerations in climate actions. The lack of focus on gender in Article 13 may result in

The Paris Agreement marks a milestone in global efforts to tackle climate change, providing the means to both developed and developing States to fulfill their commitment. When the agreement is viewed from a gender perspective, however, it is arguably largely gender blind. To achieve a more inclusive and comprehensive Paris Agreement, the following points should be considered:

Gender equity should be included in the Preamble, highlighting the need to ensure equal involvement of both genders in the decision-making process. Further, non-binary individuals should be recognized at least as a vulnerable group.

Bridging the gap in knowledge development and distribution

The unequal involvement amongst genders in formulating and distributing knowledge, both scientific and traditional/local, should be mentioned. In addition, a call for action targeting this inequality should be included.

State parties should be required to develop the Nationally Determined Contributions, as well as climate change adaptation, mitigation, and resilience plans from a gender perspective. Technologies and technological education plans should be contextualized using gender differences and gender-specific facets as the baseline.

Climate financial programs should be prepared and implemented from a gender perspective. Further, it is important to have gender-sensitive risk assessments and contingency plans in place, which are tailored using a bottom-up approach.

Designing a transparency framework from a gender perspective

Gender should be included in the transparency framework. Specifically, gender-disaggregated data, evaluation of gendered vulnerability, and gender-sensitive and responsive monitoring and evaluation systems should become requirements for the NDCs and the Capacity-building Initiative for Transparency.

United Nations Framework Convention on Climate Change. (2015). Report of the Conference of the Parties on its twentieth session, held in Lima from 1 to 14 December 2014.Addendum. Part two: Action taken by the Conference of the Parties at its twentieth session. Retrieved from https://unfccc.int/sites/default/files/resource/docs/2014/cop20/eng/10a03.pdf

Author’s Bio: Linh has four years of experience in the nonprofit sector. She earned her Bachelor’s degree in English Language from Hanoi University of Science and Technology in Hanoi, Vietnam. She took the intensive graduate-level course on International Development Studies offered by the University of Oslo in Oslo, Norway. She is pursuing the Dual Master’s program in Political Science offered by Ateneo de Manila University in Manila, the Philippines, and Environment, Development, and Peace offered by the United Nations-mandated University for Peace in El Rodeo, Costa Rica. Prior to this program, as a Project Officer at the Consultative Institute for Socio-economic Development of Rural and Mountainous Areas, she helped to promote inclusive and relevant early childhood care and education for the H’mong ethnic and disadvantaged children in Lai Chau province of Vietnam, with funding from the European Union. Linh has experience working with international nonprofit organizations such as Winrock International and Action on Poverty (AOP), and with major donors such as the European Union, World Bank, and USAID. Under the Governance thematic area at AOP, she spearheaded a three-month research project into Program 135 – the largest poverty reduction program of the Government of Vietnam. She also played a major role in conducting an evaluation of the program in southern Vietnam using Citizen Report Card. Through these experiences, Linh developed strong project implementation and management, report writing, fund-raising, and research skills.

She can be contacted at dlinh@master.upeace.org and through LinkedIn