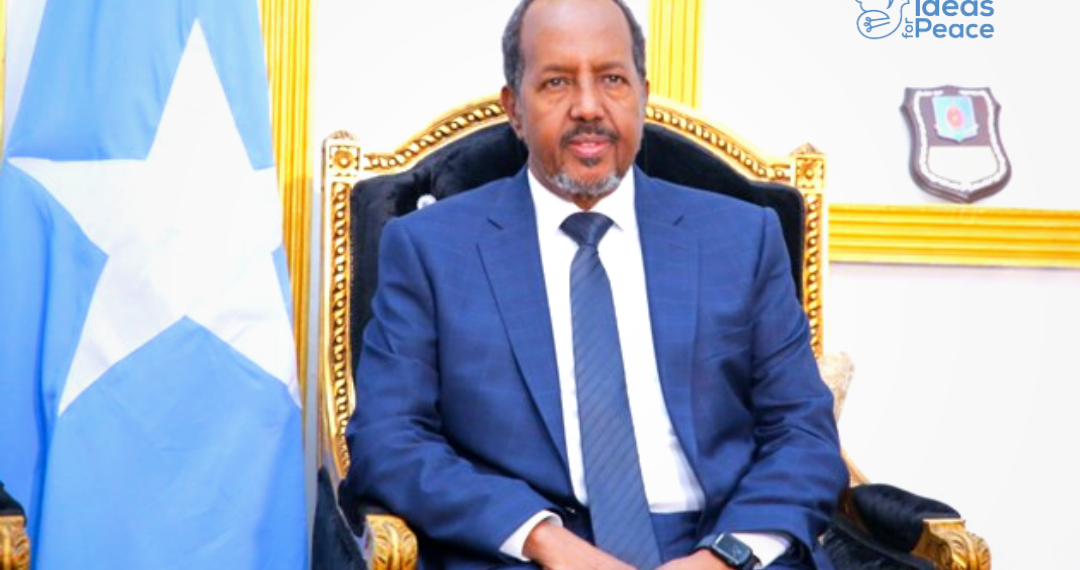 Somalia’s new President Hassan Sheikh Mohamud was declared the winner of the Presidential election on Sunday, May 16th, 2022 to become the country’s new president. Mohamud beat the incumbent Mohamed Abdullahi Farmajo by 214 votes to 110 in the third round of voting, in an election that lasted several hours. This is Mohamud’s second stint at the presidency, having served in the position from September 2012 to February 2017, when he lost to Farmaajo in the election held at the time.

President Hassan Sheikh Mohamud is currently a UPEACE doctoral candidate in Peace, Governance, and Development. His doctoral thesis which is in the final stages is titled “Examining the Challenges of Clan Politics in Statebuilding: A Case Study of Somalia”

Somalia has been facing the challenge of moving from clan-based politics where elections are based on clans to universal suffrage. His research is laser-focused on understanding and addressing this perennial challenge facing Somalia.

In a bid to contribute to Somalia’s post-conflict recovery agenda, UPEACE expanded its operations in 2019 and in 2021 established a full-fledged campus in Mogadishu offering four Masters programmes in Peace, Governance and Development, Disaster Resilience Leadership and Humanitarian Action, Environment Development, and Peace as well as International law and Human Rights with a total enrollment of 150 Students. In commemoration of the International Peace day on September 21, 2021, a total of 76 Master’s Students graduated from UPEACE in Mogadishu in the presence of the United Nations Secretary-General’s Special Representative to Somalia His Excellency James Swan.

As of now, UPEACE is the only on-site University offering a Ph.D. Programme in Peace, Governance and Development with more than 25 Doctoral students amongst whom is President Hassan Sheikh Mohamud, and other senior government officials including members of parliament, and 150 Masters Students.

Prof. Samuel Kale Ewusi (Cameroon) is Professor of Peace Studies and International Relations and the Director of the Africa Regional Programme of the United Nations University for Peace (UPEACE). He previously served as Assistant Professor Great Lakes programme and later Research Coordinator at the same University. He has taught courses on political economy and Peace Research at the main Campus in Costa Rica, Central America and has also lectured at the following universities: North-West University, South Africa; National University of Rwanda, Rwanda Senior Defense Staff College; Catholic University of Eastern Africa, Nairobi Kenya, Uganda Matyrs University, Addis Ababa University, Gulu University, Uganda, University of Burundi and the Universite Libre des Pays des Grand Lacs in Goma, DR Congo. Dr Ewusi’s research is in the area of the role of political and economic governance and their implications for security in the developing world. He has authored, co-authored and edited six books.