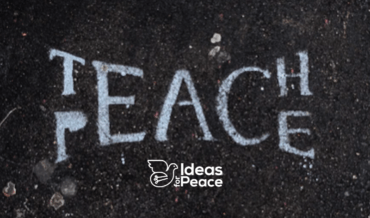 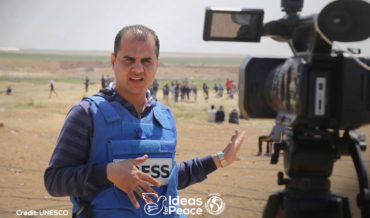 Journalists-NGOs Cooperation For Peacebuilding
In the race for getting audience attention during an era of compassion fatigue, cooperation between journalists and NGOs is not only beneficial for both parties, but it also contributes to peacebuilding efforts by improving human rights reporting, facilitating aid granting, and enabling change in the mainstream media’s violence-oriented journalistic model.
Read More 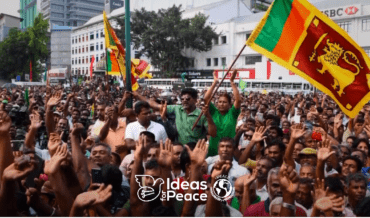 Freedom of Expression in Sri Lanka: A Human Rights-Based Approach
A human rights-based approach to the exercise of the right to freedom of expression through social media in Sri Lanka between 2018 and 2019
Read More 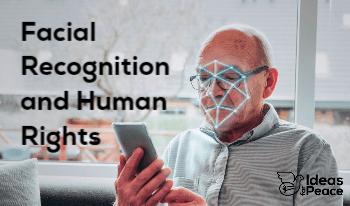 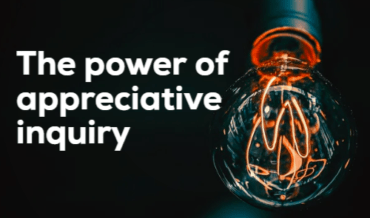 The Power of Appreciative Inquiry
Appreciative Inquiry is an innovative approach to creating deep connections and building bridges with others. While the Artificial Intelligence process feels quite intuitive, it is rarely applied systematically in practice. We will explore The Simultaneity Principle which says that inquiry and change are not truly separate moments but are simultaneous.
Read More
Pacifism Post 9/11
Amardo Rodriguez discusses the charge, raised in many mainstream media sources in the United States, that pacifism cannot be defended in the post 9/11 world. A new framework for communication is suggested - an ecology of communication - so as to broaden the scope of possibility amd allow for a
Read More
John Lennon’s Political Lyrics in Popular Culture: From Resistance and Activism To Incorporation and Commodification
Aside from music being used a tool for personal expression, it also has the potential to influence social and political cultures. John Lennon, musician and social activist, has proven this to be true. Over the decades, Lennon’s songs have resembled reception and empowerment of human rights, and resistance and protest
Read More
ICT Governance vs. Community Empowerment: Grassroots Evidence from Bangladesh
Mizanur Rahman analyzes the assertion that Information and Communication Technology (ICT) is the catalyst to enhance community empowerment, reporting on research study, “Community Empowerment through ICTs: Evidence from the Grassroots in Bangladesh and India”. His analysis of evidence from Bangladesh shows that ICT penetration alone is not proportionately related to
Read More
A Tale of Nationalism and Dissidence
Cultural disconnect is at the heart of Cameroon's political incongruity. Split in two, the government falls in the hands of the Francophones, natural resources in the hands of the Anglophones.
Read More
Notes On A Controversy
Notes On A Controversy Author: Amardo Rodriguez Originally Published at Peace and Conflict Monitor on: 12/04/2017   Another week brings yet national controversy where no person was robbed, raped, molested, abused, maimed, or killed. Instead, the controversy involves a prominent person or academic who has been accused of using language
Read More
Instagram

A @universityforpeace initiative that publishes ideas for peacebuilding on a global scale. Authors are from different countries and fields.

The Executive Director of the Institute for Econom

We all love to indulge in our favorite chocolate e

Jan Breitling is an Assistant Professor in the Dep

This innovative initiative, designed by the @unive

Every minute 20 people leave everything behind to

World Oceans Day: Part of an Interview with Marco

While completing his bachelor’s degree in Libera

May 17th is International Day Against Homophobia,

Kolfinna Tómasdóttir is a master’s student a

World Press Freedom Day was proclaimed by the UN G