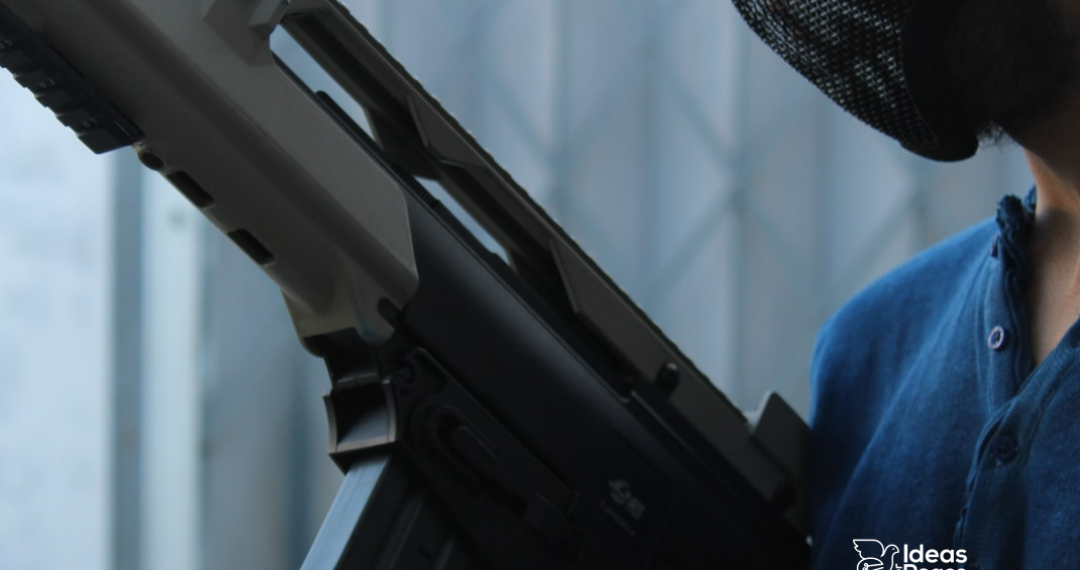 Somalia became a free country in 1960. It was then ruled by a dictator since 1969 until a civil war broke out with the collapse of the regime in 1991. Various armed factions began competing for influence in the power vacuum that lead to a turmoil and a breakdown of customary law. The UN SC, through its Resolution 733, imposed a total Arms Embargo on Somalia.

The UN became involved to provide food aid to the starving populations, but soon shifted the mission to restoring democracy beginning with a peacekeeping mission in July 1992. Years of violence continued that led to several casualties on both sides. The infamous incident of 3-Oct-1993 of the Battle of Mogadishu of an overnight fighting, standoff, and the rescue mission of an American task force when the Somali fighters shot down two American Sikorsky UH-60 Black Hawk helicopters using RPG-7s, even inspired the Hollywood movie ‘Black Hawk Down’.

The UN mission pulled out of Somalia in 1995. Then a decade later re-established its presence in 2007 together with the African-Union. The conflict continues, and hundreds of thousands of civilians have since died and millions displaced. (OWP, n.d.)

A civil war broke out in Yemen in 2014 when Houthi insurgents took control of the capital city of Sana’a demanding lower fuel prices and a new government. After the negotiations failed, the Houthi rebels captured the presidential palace in Jan 2015, leading to the resignation of the then President Abd Rabbu Mansour Hadi and his government. The Houthis are Shiite rebels with links to Iran, and a history of rising up against the Sunni government, that continue to get the backing and arms support from allies.

Starting March 2015, a coalition of Gulf States led by Saudi Arabia and backed by the USA launched an economic isolation and offensive campaign against the Houthis. The fighting has continued since, which transformed itself into a US-Iran conflict overtime that has led to more than 1.1 million casualties and 4.2 million internally displaced. (Global Conflict Tracker, 2022)

These cases of Somalia or Yemen are not isolated or atypical. There is armed conflict and violence in Afghanistan, Nigeria, Sudan, Ethiopia, Palestine, Columbia, Mali, Syria and many more around the world that have continued to emerge, causing tremendous suffering to civilians, particularly women and children, a breakdown of public services and economy, driving them into long-term poverty shall they survive the war. According to the Uppsala Conflict Data Program, 2,436,351 people have died in armed conflicts since 1989 – with over 77,320 in 2018. (Uppsala Conflict Data Program, 2022)

Conflicts and the role of Small Arms and Light Weapons (SALW)

Civil wars and conflict emerge from non-state actors who generally do not have access to large-scale and sophisticated weapon systems. Small arms are frequently the weapons of choice in civil wars, organised crime, and terrorism. Escalating conflicts increase the demand for weapons. But, as conflicts weaken or get resolved, control of weapons is weakened that causes proliferation of these weapons into the mainstream society that often get into the hands of criminal groups. Small weapons are easily transported, and often circulate borders, spreading the conflict from a country to the region.

The need for a functional, reliable system for international arms control and weapons governance has been felt and has been a goal at least since the First Hague Peace Conference of 1899. The Covenant of the League of Nations and the UN Charter contain provisions on systemic international arms control. Under the 1945 Charter, the Security Council was mandated with the formulation of plans for “the establishment of a system for the regulation of armaments” (Art. 26). Such plans were never developed (Global Governance Forum, 2020).

It was only in 1982 that the UN established the Office for Disarmament Affairs (UNODA) on the recommendation of the General Assembly’s second session on disarmament. The UNODA, which has been renamed and repositioned a few times since its formation, supports multilateral efforts aimed at achieving the ultimate goal of general and complete disarmament under strict and effective international control (UNODA, n.d.).

Its Conventional Arms Branch (CAB) focusses its efforts on all weapons that are not considered weapons of mass destruction, it includes Small Arms and Light Weapons (SALW). The CAB chairs the UN-internal coordination mechanism on small arms (CASA) (UNODA, 2021). Over the years, several instruments and mechanisms have been designed and implemented for weapons governance.

In 2001, countries adopted the Programme of Action to Prevent, Combat and Eradicate the Illicit Trade in Small Arms and Light Weapons in All Its Aspects (PoA). In it, governments agreed to improve national small arms regulations, to strengthen stockpile management, to ensure that weapons are properly and reliably marked, to improve cooperation in weapons tracing, and to engage in regional and international cooperation and assistance.

Under the PoA, the UNGA adopted the International Tracing Instrument (ITI) in 2005, a global instrument for cooperation in weapons tracing. The two instruments constitute the normative framework on SALW adopted by all member states. The SDG 16 on peace, justice and strong institutions and its Target 16.4 calls for a significant reduction of illicit arms flows, and its attainment rests on the full and effective implementation of the PoA and ITI. (UNODA, 2021)

The Firearms Protocol provides for a framework for States to control and regulate licit arms and arms flows, prevent their diversion into the illegal circuit, facilitate the investigation and prosecution of related offences without hampering legitimate transfers. The Firearms Protocol supplements the United Nations Convention against Transnational Organized Crime (Organized Crime Convention), and its implementation is managed through the Conference of Parties (CoP) that meets every two years (UNODC, 2021). It is housed within the UN Office of Drugs and Crime (UNODC) under the Global Firearms Programme (GFP).

With more than a decade of campaigning from the INGO community, the Arms Trade Treaty (ATT) was designed to regulate the international trade in conventional arms that seeks to prevent and eradicate illicit trade and diversion of conventional arms by establishing international standards governing arms transfers (UNODA, 2014). The ATT came into force on 24 December 2014.

The Human Rights Council regularly addresses the impact of arms transfers and civilian acquisition, possession and use of firearms on human rights. It thereby focuses on the impact of arms on the enjoyment of human rights and promotes efforts to protect those rights more effectively. UNODA actively supports the comprehensive mainstreaming of gender perspectives in all dimensions of small arms and light weapons control.

The UN makes available the Modular Small-arms-control Implementation Compendium (MOSAIC), which provide practical, authoritative guidance to practitioners and policymakers on a broad range of small arms control issues. UNODA provide clear and comprehensive guidance to assist national governments, local authorities, and international development and peacebuilding organizations in their efforts to prevent and reduce armed violence anywhere in the world through its guidelines on how to establish and maintain gun-free zones (UNODA, n.d.).

La Saving Lives Entity (SALIENT) is a United Nations funding facility, located within the Peacebuilding Fund, which is dedicated to supporting Member States tackle armed violence and illicit SALW as part of a comprehensive approach to sustainable security and development by supporting catalytic activities to mainstream small arms control in both development and security efforts and addresses root causes of armed violence (UNODA, 2021).

States have obligations to report their implementation commitments under the PoA and the ITI under the themes of – National Coordination Agencies and National Points of Contact; manufacturing; marking; record-keeping; tracing; international transfers (including export, import, transit and other commitments); brokering; stockpile management; surplus; public awareness and confidence-building; and other themes addressed in the PoA. Most countries submit their reports online (UN PoA, 2020).

A review of national reports shows that there have been significant efforts to combat the illicit trade in small arms and implement the PoA and the International Tracing Instrument, that 168 states have established an National Points of Contact (NPC), 124 states report that they regulate and control the manufacture of small arms and most states with authorized manufacturing industries ensure that certain markings are applied at the time of manufacture to facilitate tracing (Sarah Parker, Katherine Green, 2012).

These results however are not verified or assessed for their actual implementation. It was noted that most countries don’t mark the weapons on import or check for their marking from the exporter, half of the states do not keep records for the minimum stipulated time period, internal transit channels are less regulated, and the issue of brokering is not well understood or addressed.

Under Article 13(1) of the ATT, States Parties are required to provide an Initial Report to the ATT Secretariat that describes the measures the state has taken to implement the Treaty, including national laws, national control lists and other regulations and administrative measures. Treaty has a total of 111 States Parties and 30 States that have signed but not yet ratified the Treaty.

The Role of Civil Society

Civil society has been at the forefront of conflict prevention and peacebuilding. Many CSOs have focussed their energies on advocating against the proliferation of arms, at the local, regional, and global levels. Their efforts have been noteworthy, particularly in the African continent in countries like Nigeria.

In fact, the Arms Trade Treaty (ATT) was achieved through a partnership between governments and civil society from all regions of the world that were mobilised by a coalition (Control Arms, 2020), just like the Treaty on the Prohibition of Nuclear Weapons (TPNW) that was also led by a coalition of NGO partners. The civil society continues to remain a very important partner in the SALW control process.

Today, after decades of scrambling efforts, rapid spread of SALW continue to threaten peace, and puts the safety of civilians at risk. Some of the key challenges in effectively addressing the proliferation include, but not limited to:

Private manufacturers and a powerful gun lobby – the role of private manufacturers that are in the business for financial gains, heavily influence the arms control policy by influencing the politicians through funding of election campaigns. This is a conflict of interest that has, for long resulted in inaction and blocking of efforts related to the implementation of arms control.

The issue of SALW proliferation is massive and its role in violent conflict is disconcerting and its governance demands a great deal of attention. At the same time, it involves a complex web of activities that needs rapid and effective coordination that can only happen when there is adequate capacity and capability allocated with a determination to solve.

There is a great deal of effort that has been invested in developing the normative framework around the issue, much more is needed to be done to implement it at the regional, national, and local levels. Apart from all the challenges listed, what is more difficult to resolve is the nexus between political and private sector arms manufacturers and a powerful gun lobby that feeds corruption, the illicit trade nexus and supply chain given the sheer size of the economy of arms trade. Resolving the economic interests of some, in the interests of development and peace has never been straightforward.

Suchitra is a hands-on working professional with a background and expertise in project and programme management, and a passion for the environment and social development. In her overall career of over twenty-four years, she has worked across sectors and countries as a management consultant, trainer, project manager, business leader, and built organizational capacities in the area of project and programme delivery. She has a graduate degree in literature and a post graduate qualification in Business Administration. She is a certified Project Management Professional (PMP®) and a certified Practitioner in PRINCE2®, MSP®, P3O®, and a Green Project Manager (GPM-b). She currently works independently and is mostly engaged with the United Nations Office of Project Services (UNOPS) as a Project Management Advisor and loves that her super miniscule participation is making the world a better place and contributing towards the achievement of SDGs. She is a candidate at the University for Peace (UPEACE) where she is pursuing her Master of Arts in Development Studies and Diplomacy.